The daily FX turnover came to an average US$52.02 billion in the April-June period, down 12.4 percent from a daily average of $59.37 billion in the first quarter, according to the data from the Bank of Korea (BOK). 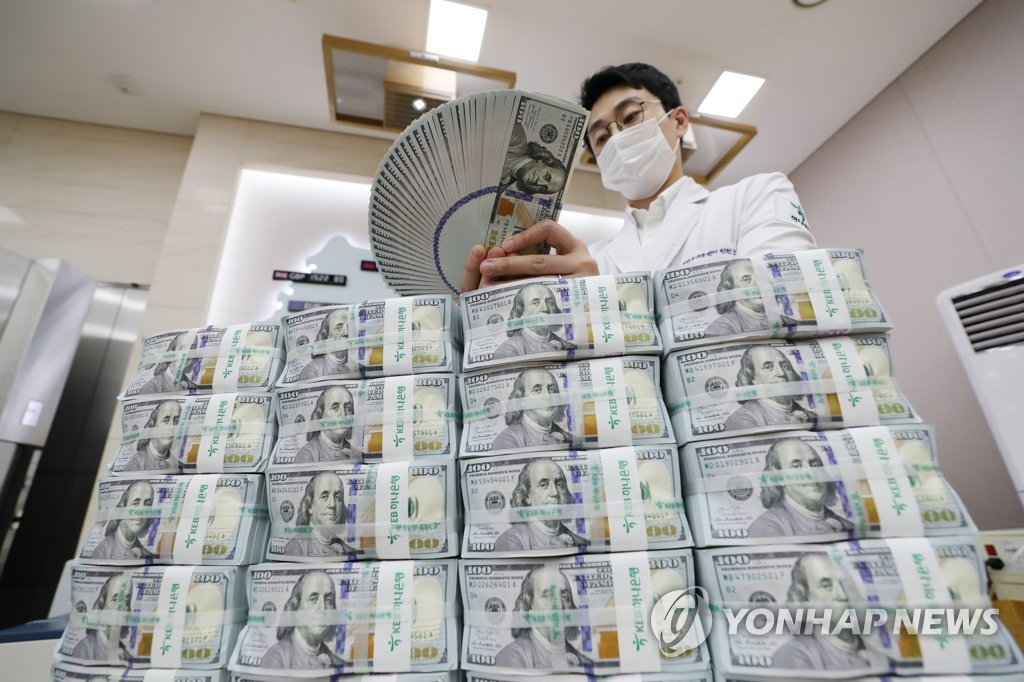 Such a drop is "largely attributed to a cut in transactions of FX derivatives, while fluctuations in foreign exchange rates slowed and the outflow of foreign stock investment funds narrowed," the BOK said in a press release.

The daily average fluctuation in the won-dollar exchange rate came to 5.5 won per dollar in the second quarter, compared with 8 won in the January-March period.

Also in the second quarter, foreign investors net sold $8.03 billion worth of South Korean stocks, down from $13.33 billion in the first.

The average daily turnover of foreign exchange spots came to $20.32 billion in the three months ended June 30, down $790 million, or 3.8 percent, from three months earlier, while the daily average of FX derivatives tumbled 17.1 percent to $31.7 billion over the cited period, according to the BOK.

By bank, the daily turnover by local lenders dipped 5.8 percent on-quarter to $24.57 billion, while transactions handled by local branches of foreign banks plunged 17.6 percent to $27.45 billion.