The country's terms of trade index for products came to 98.03 last month, up 9 percent from 94.32 in the same month last year, according to preliminary data from the Bank of Korea (BOK). 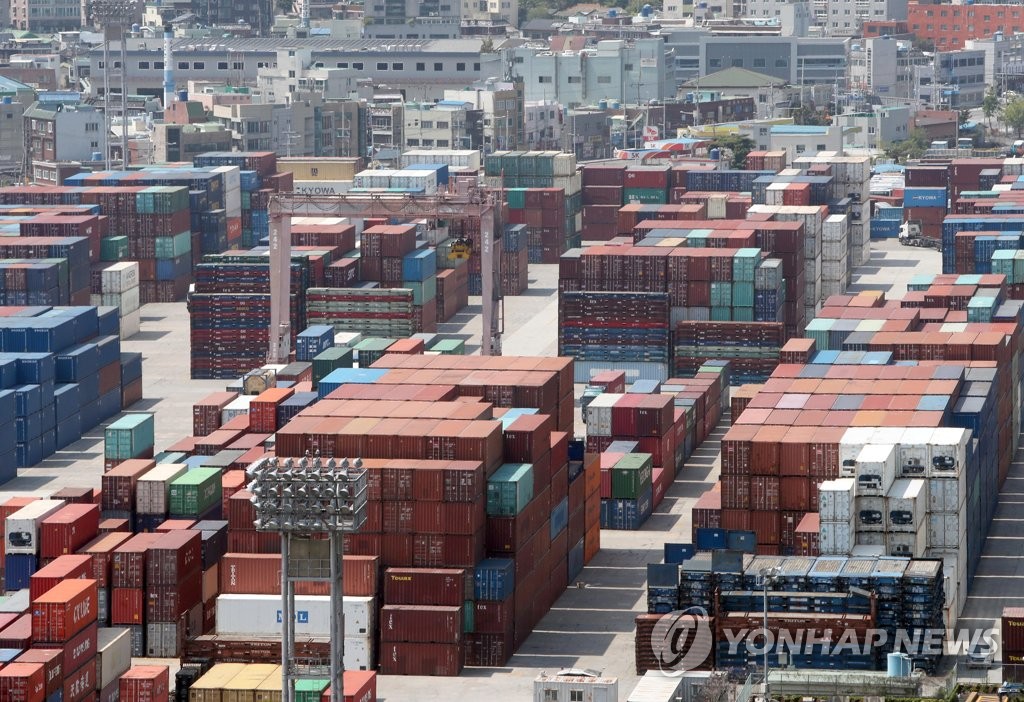 The index measures the amount of imports a country can purchase for each unit of exports, showing how the country's exports are doing in comparison with those of others.

From a month earlier, however, the index marks a 1.7 percent drop.

South Korea's exports have decreased from a year earlier for four consecutive months since March amid slowing global trade caused by the COVID-19 pandemic.

In June, the sub-index for the country's export volume slipped 1.4 percent on-year while that of import volume added 6.1 percent over the same period, according to the BOK.