Net profit came to 110.5 billion won (US$ 92.7 million) in the April-June period, up 54.2 percent from a year earlier, the company said in a regulatory filing.

The operating profit was 9.9 percent higher than the median estimate in a survey by Yonhap Infomax, the financial data firm of Yonhap News Agency. 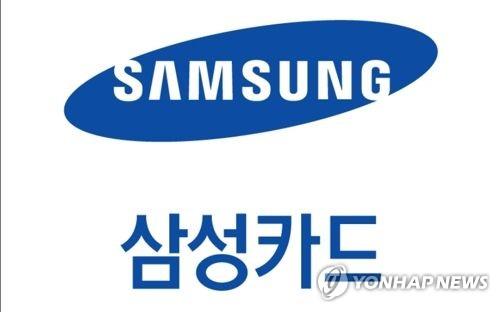 In the first half of the year, Samsung Card's net income rose 16 percent on-year to 222.6 billion won, and its operating income surged 22.5 percent to 298 billion won, with sales dropping 1.5 percent to 1.68 trillion won.

Samsung Card, the No. 2 industry player, attributed its first-half earnings to a decline in marketing expenses as the coronavirus outbreak prompted consumers to spend less on travel, movies and amusement parks.

Also responsible were its efforts to reorganize its business lineup to maximize profits and to trim overall costs, the company added.

South Korea has been gripped by the outbreak of COVID-19 since Jan. 20, when the country reported its first case.

Samsung Card, the credit card arm of South Korea's top conglomerate, said there is a need to brace for greater default risks arising from a prolonged coronavirus crisis in the second half of the year.
(END)