SEOUL, July 28 (Yonhap) -- The top two clubs in South Korean professional football this season will resume their chase of a national tournament title on Wednesday.

Ulsan Hyundai FC, currently in first place in the K League 1, will host fellow K League 1 squad Gangwon FC in the quarterfinals of the Korea Football Association Cup, or simply FA Cup, on Wednesday. The kickoff at Ulsan Munsu Football Stadium in Ulsan, 415 kilometers southeast of Seoul, is 7:30 p.m. 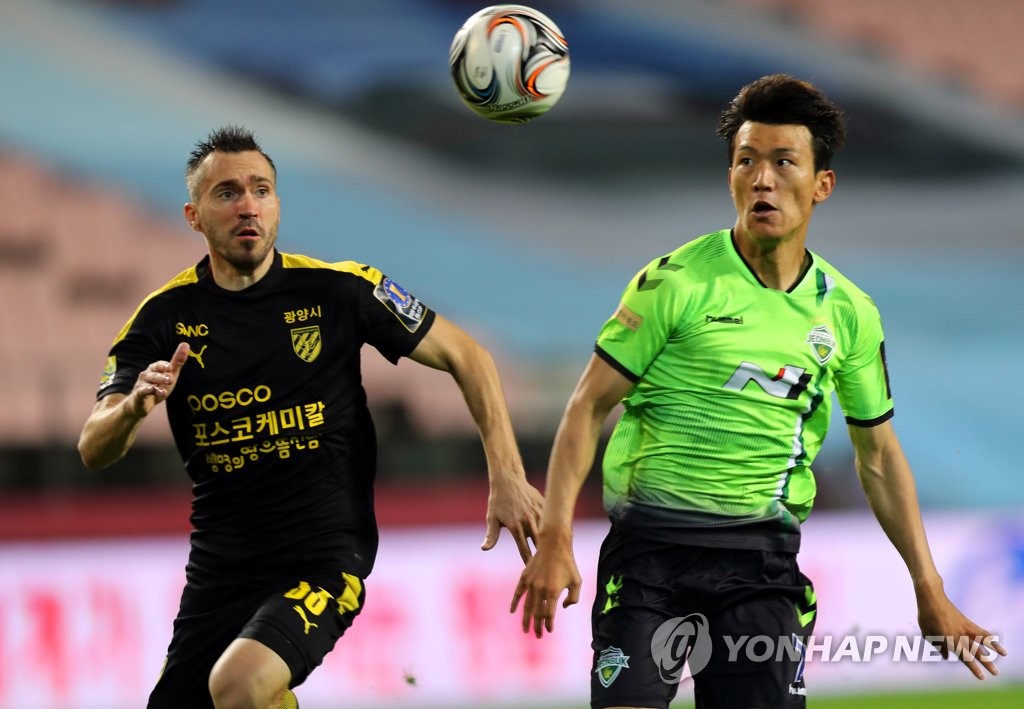 All eight quarterfinalists at this year's tournament are from the top domestic league. Other matches will be FC Seoul against Pohang Steelers, and Seongnam FC against Suwon Samsung Bluewings.

In a normal season, some K League 1 clubs tended to play their reserves in early knockout matches at the FA Cup so that they could concentrate on the league action and also the AFC Champions League, a more prestigious competition with lucrative prize money.

But in 2020, the league schedule has been cut from 38 to 27 matches because of the coronavirus pandemic. The virus has also brought the AFC Champions League to a halt after just a couple of group matches, with no guarantee that it will resume in October as currently scheduled.

Four K League clubs who made it to the AFC Champions League this year -- Ulsan, Jeonbuk, FC Seoul and Suwon -- have all made it to the final eight at the FA Cup, and you can count on them to go all in from this point and on.

They're three wins away from winning the FA Cup and clinching a spot at next year's AFC Champions League. Ulsan and Jeonbuk, the two leading title contenders in the K League 1, will try to pull off the "double," or winning two major trophies in the same season. 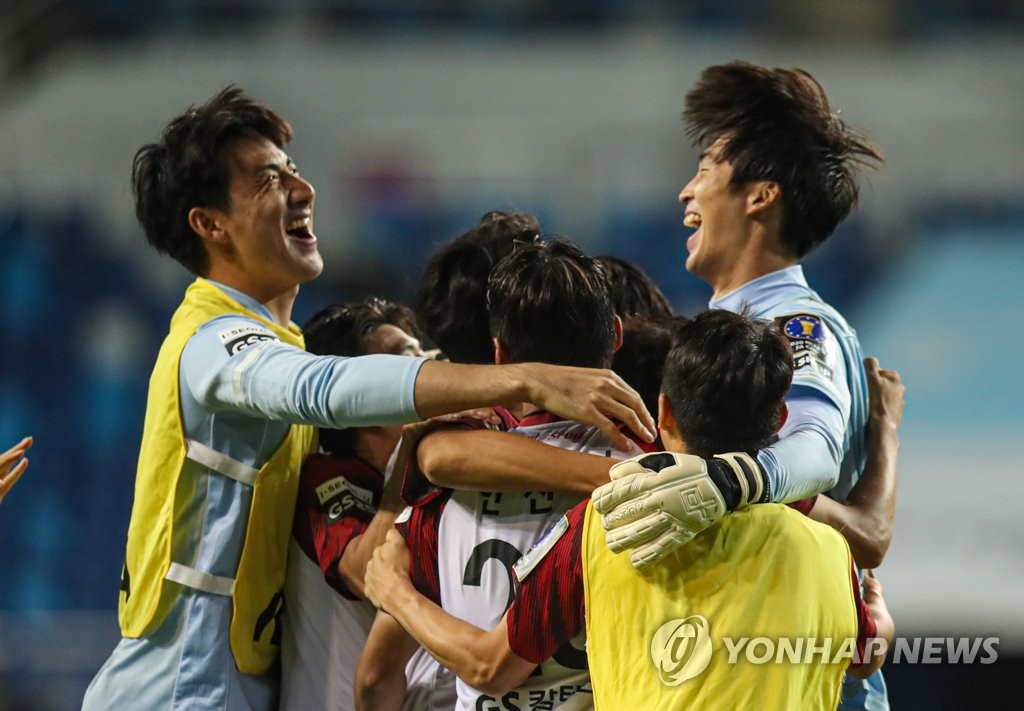 Ulsan have already defeated Gangwon twice during the league action, by a combined score of 4-0. Ulsan have such a deep squad that several players who would be good enough to start for a lot of clubs have been riding the bench in recent weeks. Midfielders Yoon Bitgaram and Kim Tae-hwan will be raring to go after sitting out last weekend.

Jeonbuk made a splash toward the end of the summer transfer window earlier this month, signing former Corinthians forward Gustavo and Swansea City winger Mo Barrow. Gustavo made an immediate impact by heading in his first K League goal in his Jeonbuk debut on Sunday, as they beat FC Seoul 3-0. It was Jeonbuk's first win of July.

FC Seoul have won just once in their past 10 league matches and are in danger of relegation to the K League 2 next year. They can salvage their lost season at the FA Cup, though Pohang's offense may be too hot for Seoul to handle.

Pohang beat Seoul 3-1 on July 18 in the K League 1. Pohang are second in the league with 26 goals scored, while Seoul have conceded a league-worst 29 goals.

Seongnam and Suwon, both plodding through a mediocre season in the K League, may be in for a low-scoring affair. Seongnam are dead last in the K League 1 with nine goals but have the third-stingiest defense with 14 allowed. 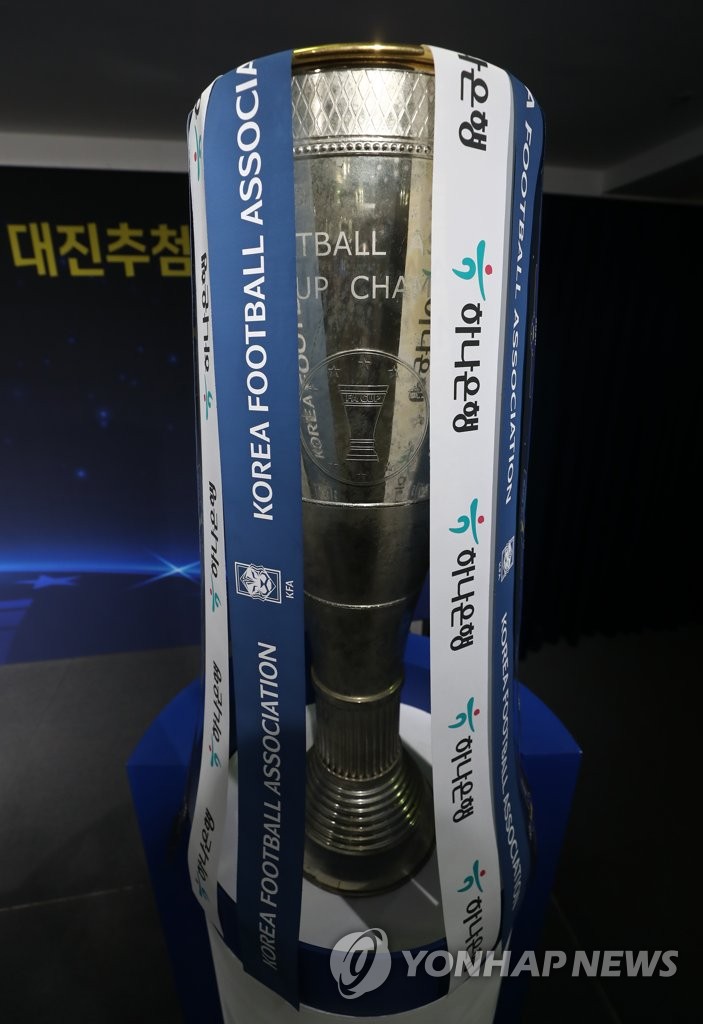