SEOUL, July 28 (Yonhap) -- A North Korean defector was caught on military surveillance equipment as he fled across the border to his communist homeland, the Joint Chiefs of Staff (JCS) said Tuesday.

The border crossing by the 24-year-old man, surnamed Kim, became known after North Korea revealed Sunday that a "runaway" returned home in the border city of Kaesong with coronavirus symptoms and the entire city was blocked off to prevent the spread of the virus.

South Korean officials said Kim had been under investigation over allegations he raped a female defector.

Kim was spotted in multiple clips of CCTV footage near the border, but troops apparently failed to identify him as a person trying to cross the border.

"Though not fully confirmed, we are weighing the possibility that the person wore a life jacket and swam with just his head above the surface of the water," JCS Chairman Gen. Park Han-ki said during a defense committee session at the parliament.

"Looking at some of the secured footage, it would have been very difficult to identify him as he could have been confused with other floating materials that were there," he said.

The defector is believed to have passed through a waterway to evade South Korean border guards before reaching the shore and swimming a few kilometers into North Korea.

Park said Kim appears to have managed to go through obstacles that were set up inside the waterway due to his physique -- 163 centimeters tall and 54 kilograms. Wires established inside the route were aged, which would have allowed him to easily bend and pass through.

The latest incident brought the military under fire, as it has already faced intense public criticism for a series of security breaches indicating lax discipline.

"I have no words to say even if I am told off a hundred times over the issue. As all the responsibility lies with me as the defense minister, I will explain (the incident) to you in more detail later," Jeong said during the committee session.

Park also said he feels a "grave sense of responsibility" for the incident, vowing to take necessary steps to better respond to any unexpected situations.

The military will try to confirm other details of the incident by this week and disclose further information to the public, the chairman said. 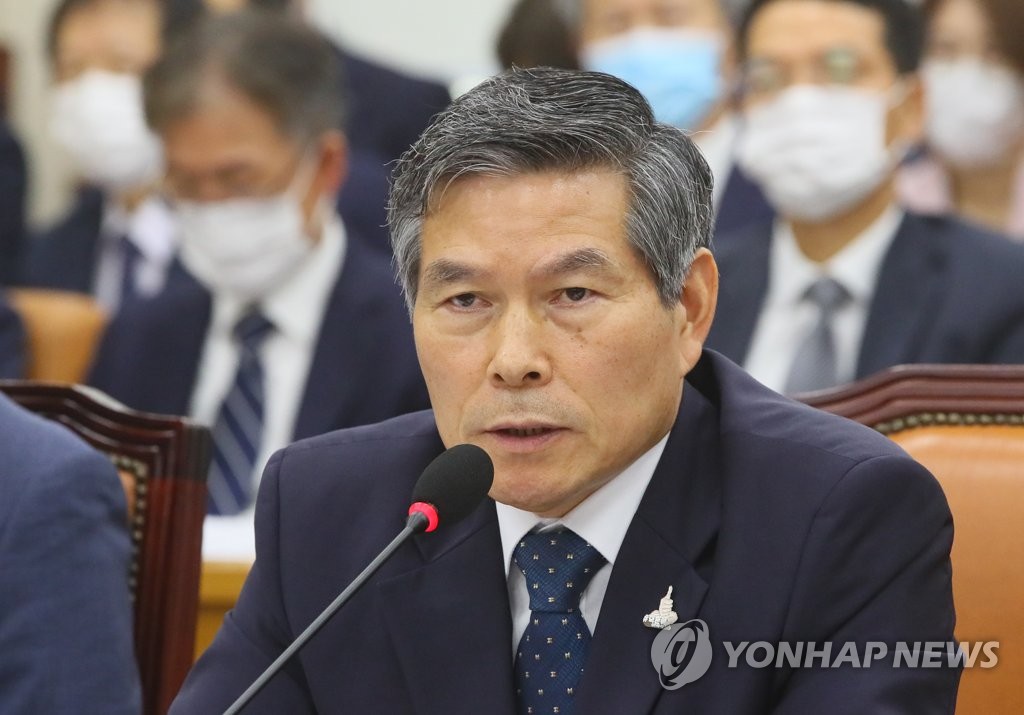