SEOUL, July 28 (Yonhap) -- New Unification Minister Lee In-young urged his staff Tuesday to be more "proactive" in policymaking, saying that the ministry should turn itself into an organization capable of spearheading inter-Korean policies "from start to end."

Lee issued the appeal during a "brainstorming meeting" with senior ministry officials on his first full day in office amid criticism that the ministry has not been active enough in voicing its own opinions in crafting polices related to North Korea.

"The ministry should not be a paddy field dependent only on rain and an intermittent spring that moves only when things get activated," Lee said at the start of the meeting, which was arranged to listen to opinions from his staff.

Lee urged his staff to ditch the mindset of working passively and playing a "supporting" role, and take a more active and swifter attitude in developing policy.

Tuesday's meeting marked the first of its kind since Lee, a four-term lawmaker, took office as head of the ministry Monday, replacing Kim Yeon-chul who resigned over recently strained inter-Korean ties.

Inter-Korean relations have fallen to one of the worst points in years since the North blew up a joint liaison office in its border town of Kaesong last month in anger over anti-Pyongyang leaflets sent by activists in South Korea. The North also cut off all cross-border communication lines and threatened to take more retaliatory steps.

The unification ministry has been under criticism for making insufficient efforts in breaking the logjam in stalemated inter-Korean relations.

Some say that it has not been strong enough to take the initiative as North Korea policy has been frequently driven by the presidential office and also dependent upon progress in denuclearization talks between Pyongyang and Washington.

Lee reiterated the importance of resuming talks with North Korea as the first step of what could be a long process of breaking the current deadlock in relations between the two Koreas.

"A journey of a thousand miles must begin with the first step," the minister said. "The starting point would be the resumption of talks between the South and the North, and humanitarian assistance to the North." 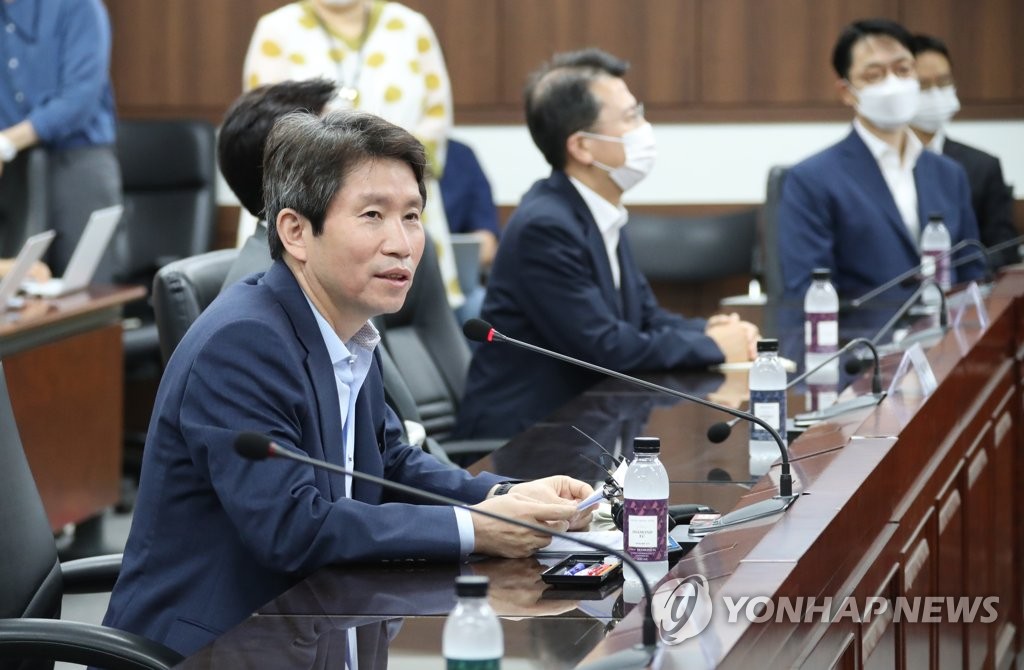