Pence made the comments in his letter to Paik's widow, Ro In-sook, which is dated July 15 and was delivered to Ro via the U.S. Embassy in Seoul on Monday, the Korea-U.S. Alliance Foundation said Tuesday.

Paik, South Korea's first four-star general and the best-known military leader of the 1950-53 Korean War, died on July 10 at age 99. His body was buried at the National Cemetery in the central city of Daejeon. 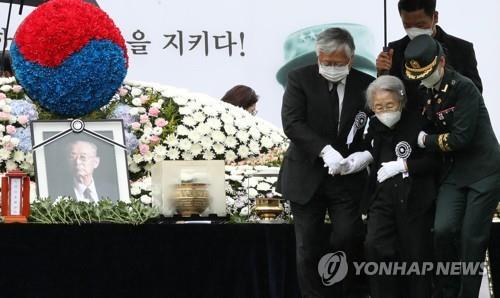 "On behalf of President Trump and the American people, I want to express my deepest condolences on the loss of your husband," Pence said.

"We honor him as more than a war hero -- we remember that even after performing his duties as a soldier, he continued to serve his country as a diplomat and a statesman," he noted.

Pence then praised Paik for his role in the foundation of the alliance between the two nations.

"As the commander of our forces in South Korea noted, your husband helped forge our alliance and shape it into what it is today. In the spirit of that alliance and in honor of the shared sacrifices upon which it was built, we offer to you the sympathies and prayers of a Nation grateful for your husband's service," the vice president said. 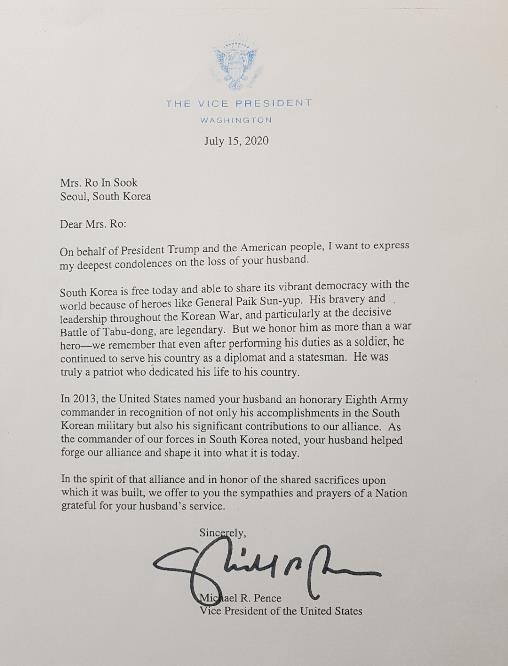