The Judicial Affairs and Prosecutorial Reform Committee, under the justice ministry, on Monday urged the prosecution to abolish the top prosecutor's right to command and direct individual investigations. It also recommended that the top prosecutor be appointed from among a pool of outside experts with various backgrounds.

"Decentralizing the prosecutor general's power can run the mechanism of check and balance within the prosecution," the committee said in a press release. "It can also improve the side effects that might arise from a targeted and excessive investigation directed by a top prosecutor."

Instead, it recommended that the heads of six high prosecutors' offices nationwide take charge of investigations and directly report to the justice minister.

The measures, although not binding, have triggered strong protests among prosecutors, who see them as a move towards incapacitating their chief and, by extension, the prosecution itself.

"That means the justice minister will effectively assume the prosecutor general's authority," said one senior prosecutor who asked not to be named. "It literally means the scrapping of the post."

"Why don't they just replace the prosecutor general with a plant?" Chin Jung-kwon, a professor at Dongyang University and an active political commentator, lashed out on his Facebook page. "Let's just get rid of the post of prosecutor general, who will have no power over either investigations or personnel matters. He would have nothing to do in that capacity anyway." 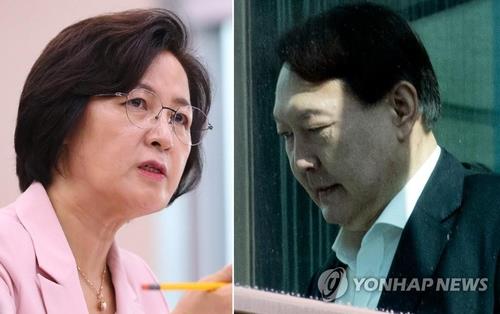 The diffusion of the prosecution's power has long been a key to the Moon Jae-in government's campaign pledges, along with the establishment of the Corruption Investigation Office for High-Ranking Officials (CIO) overseeing investigations into corruption among senior civil servants.

The government launched the reform committee comprised of civilian experts in August 2017 to better reflect the public's opinions on prosecutorial reform. Since its launch, it has issued a list of recommendations 21 times, including Monday's measures, to make the prosecution service, which has been accused of having excessive power and authority, conduct investigations in a more transparent and fair manner and disperse its power with a system of checks and balances.

However, the latest recommendations, aimed at decentralizing the chief prosecutor's power, came at an especially sensitive time, as Choo and Yoon have been in discord over an alleged blackmail case involving prosecutor Han Dong-hoon, Yoon's close aide, with politicians trying to capitalize on the tension for their own political gains.

Earlier this month, the justice minister issued a rare directive ordering Yoon to stay away from the case given his ties with Han, who is accused of colluding with a former journalist to dig up dirt on a pro-government public intellectual, and to guarantee independence to a probe team in charge of the case.

Her order came following the Supreme Prosecutors Office's (SPO) move to convene an advisory panel to review the case, which critics argued was a deliberate scheme to deter the ongoing probe.

A week later, the chief prosecutor backed down to accept the directive and take his hands off the sensitive case.

On the political front, an impeachment motion for the justice minister was struck down by 179 to 109 on Thursday in a plenary voting session at the National Assembly. It had been submitted by a group of 110 lawmakers led by the main opposition United Future Party (UFP), which claimed that Choo excessively wielded her power and violated the Prosecutors' Office Act.

The UFP on Monday dismissed the recommendations as a "forgone conclusion" by the ministry to seize control of the prosecution. 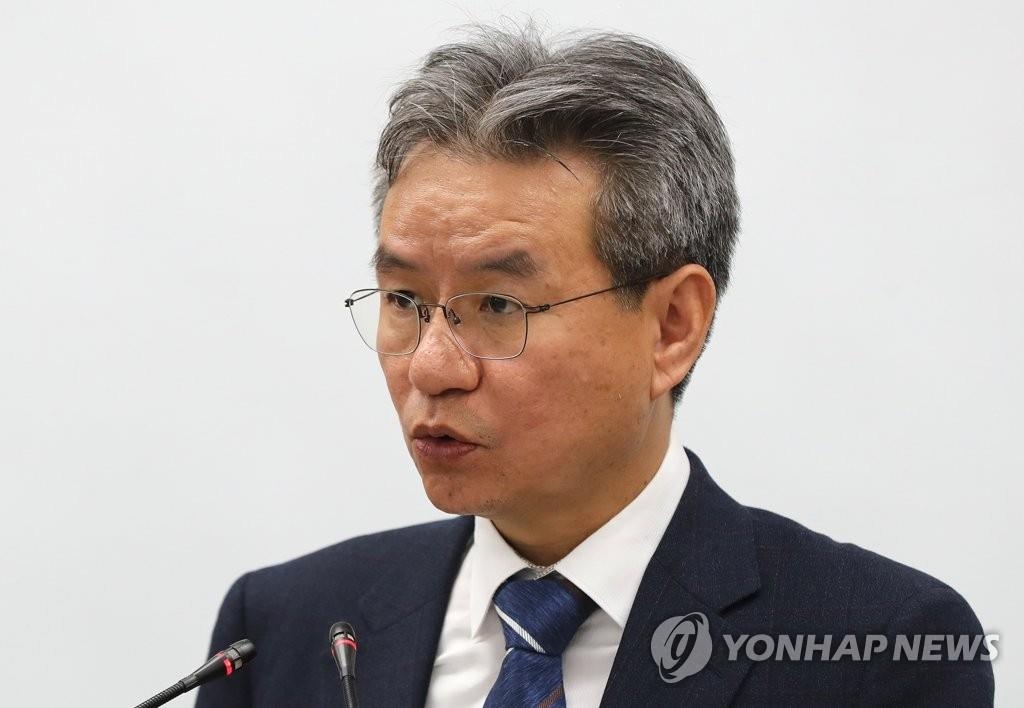