SEOUL, July 28 (Yonhap) -- Samsung Electro-Mechanics Co., a major electric components maker in South Korea, on Tuesday reported weak earnings in the second quarter of the year due to the fallout from the novel coronavirus pandemic.

The Samsung Group affiliate chalked up a net profit of 45.7 billion won (US$ 38.1 million), down 85 percent from a year earlier.

The company said in a regulatory filing that it posted 96 billion won in operating profit for the April-June period, compared with 163.8 billion won a year ago. Sales fell 5.5 percent on-year to 1.81 trillion won. 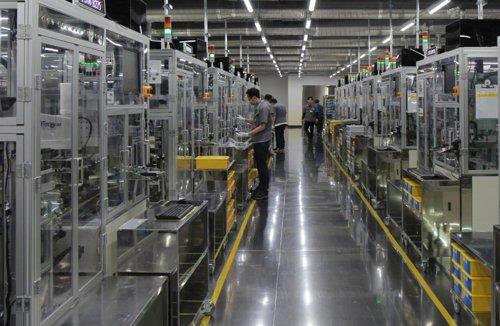 Hit by the pandemic, weakened sales of camera and communication modules dragged down its second-quarter earnings.

By sectors, its component unit posted sales of 839.6 billion won, up 7 percent from a year ago as MLCC sales related to computers and server products increased.

Samsung Electro-Mechanics expected its second-half earnings to improve, though it may not be better than last year.

"Due to the COVID-19 pandemic, our camera module business may not perform like last year," the company said. "However, as new flagship mobile devices equip high-spec cameras, we expect our performance to be better than the second quarter."