SEOUL, July 28 (Yonhap) -- South Korea announced Tuesday it has become able to develop solid-propellant space rockets under the new missile guidelines with the United States, saying the deal is expected to help sharply improve the military's intelligence, surveillance and reconnaissance (ISR) capabilities and boost the space program of the private sector.

"Today, (the two sides) have adopted the 2020 revision of the missile guidelines to completely remove the restrictions on the use of solid fuels for (South Korea's) space vehicle," Kim said in a press briefing.

Therefore, South Korean companies, research institutes and even individuals are technically capable of "developing, producing and possessing" various types of space rockets, based on not only liquid fuels but also solid and hybrid ones, with no restrictions, he added. 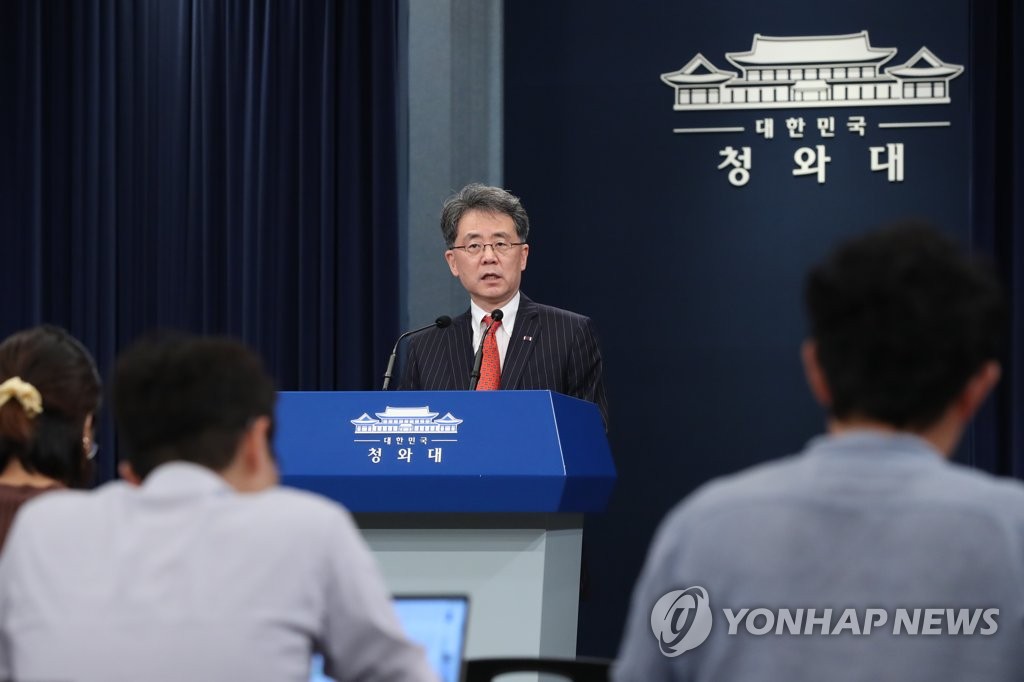 It would greatly advance the military's ISR capabilities by enabling it to launch low-earth orbit spy satellites, flying at the altitude of 500-2,000 kilometers, anytime and anywhere, Kim said.

As satellites operate closer to the earth, the resolution of imagery taken gets higher.

Solid-fuel rockets are faster to shoot and harder to detect ahead of take-off, as well as cost-and fuel-efficient, causing less metal corrosion. They are easier to launch from a transporter erector launcher (TEL).

Should South Korea speed up related R&D projects, it would be possible for the nation to have multiple military recon satellites before the end of the 2020s, Kim said.

The military is seeking to upgrade ISR assets, in particular, as part of preparations for the "conditions-based" transition of wartime operational control from South Korea's ally.

"Through the revision (of the guidelines), I would like to say a systemic foundation to improve our space infrastructure has been created, and a path has been opened for the Korean-version New Deal to expand into space," he said, citing rapid growth of the global space industry. He was referring to the Moon Jae-in administration's digital and green initiative to create jobs and foster economic growth amid the COVID-19 crisis.

Kim said the range limit remains in place but that the problem can be resolved "in due time" if necessary for military purposes.

This time, he said, South Korea focused on the space rocket issue.

He revealed some details of the negotiating process, an unusual move over a sensitive diplomatic issue.

Initially, he said, the Ministry of Foreign Affairs talked with the U.S. State Department's team on international security and nonproliferation, but there was little progress.

Moon then instructed the national security office at Cheong Wa Dae in October 2019 to handle the matter in a "top-down" approach. Kim had since led the negotiations primarily with the White House National Security Council.

He is known to have made unannounced visits to the U.S. last November and in February this year.

In addition, he discussed the issue in meetings with U.S. Ambassador to South Korea Harry Harris and Deputy Secretary of State Stephen Biegun, who traveled to Seoul early this month.

Biegun was quoted as telling Kim during his latest trip here that the U.S. wants to "rejuvenate" the alliance.

"I replied that 'recalibrate' could be a more precise word to mean efforts to strengthen, upgrade and enhance it," Kim told reporters. "I think it was possible to revise missile guidelines in such a context."