SEOUL, July 28 (Yonhap) -- The assembly of the world's largest nuclear fusion reactor, which has the potential to solve mankind's energy needs, began in earnest in France on Tuesday, with South Korea playing a key role in the megaproject, the science ministry said.

The International Thermonuclear Experimental Reactor (ITER) consortium formally announced in Cadarache, France, that it has started to put together the experimental unit that will help substantiate the feasibility of fusion power generation.

The country has supplied the massive tool, referred to as "giant," that is tasked with assembling the most critical vacuum vessel sector of the reactor, according to the ministry. 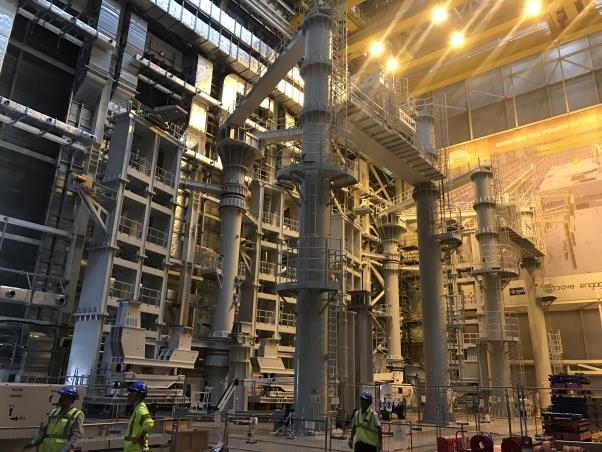 "With the giant subassembly tool weighing 900 tons and standing 23 meters tall in place, ITER has started making the reactor with the goal of conducting a 'first plasma' test in December 2025," the ministry and the National Fusion Research Institute (NFRI) said.