He was speaking in a video message to a ceremony, held in Cadarache, France, to commemorate the beginning of the assembly of the world's largest nuclear fusion reactor, which has the potential to solve mankind's energy needs.

South Korea is a member of the International Thermonuclear Experimental Reactor (ITER) consortium, launched in late 2006, along with the European Union, the United States, Russia, China, Japan and India.

"Today, we have a cause to celebrate, as we embark on machine assembly for the ITER," Moon said in pre-taped remarks. "As the protection of climate and environment assumes even more importance in the wake of the outbreak of COVID-19, ITER and the member countries are presenting hope for the whole humanity."

He called the artificial sun an "energy source of dreams."

He also pointed out the power of international cooperation in the ITER program.

"We were able to overcome such hurdles and reach the stage of machine assembly because the seven member countries chose to pool their wisdom, with ITER playing a central role," the president noted. "It is a proud achievement made possible by solidarity and cooperation among the international community." 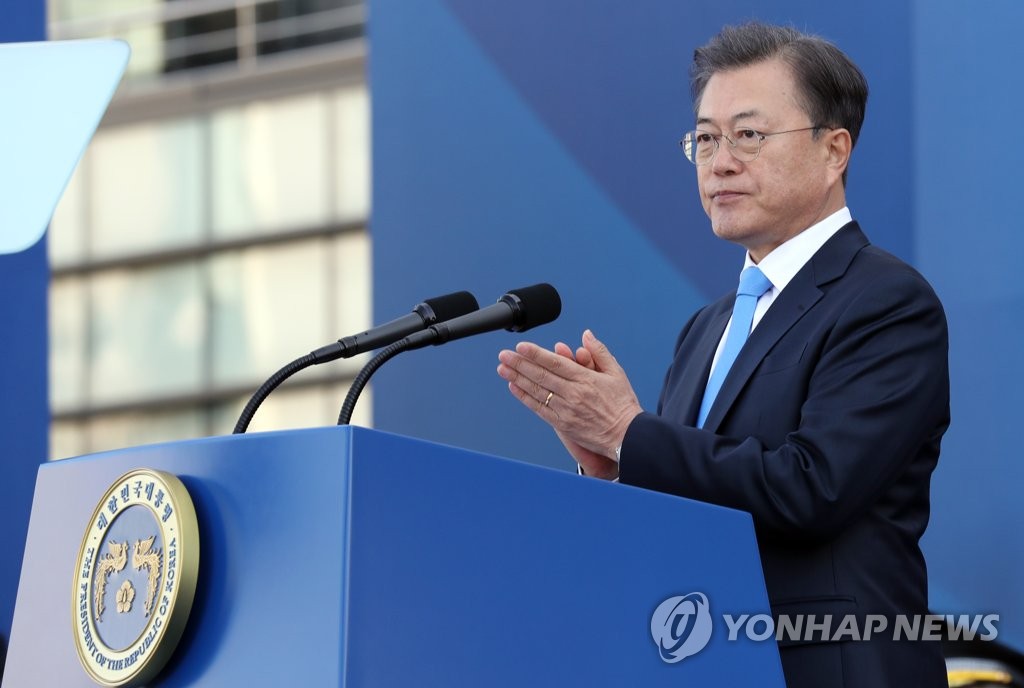 He highlighted South Korea's role in the process as the supplier of a massive tool, referred to as "giant," that is tasked with assembling the most critical vacuum vessel sector of the reactor.

"Korean industries developed such vacuum vessel sectors over the course of the past decade or so, and the first sector will soon arrive at the ITER construction site," he said. "Korea also led the way in international solidarity and cooperation through its unique brand of disease prevention measures and by sharing relevant equipment."

Moon pledged that South Korea will continue support for the ITER project, which is likely to face more challenges ahead throughout the assembly work.

He said his government would help "more talented scientists and engineers" to participate in it.

"We will work together with the international community to realize our common dream of creating a 'clean and safe fusion energy' by 2050," Moon stressed. 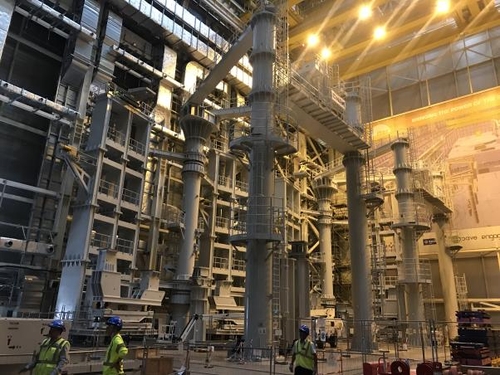 "With the giant subassembly tool weighing 900 tons and standing 23 meters tall in place, ITER has started making the reactor with the goal of conducting a 'first plasma' test in December 2025," the science ministry and the National Fusion Research Institute (NFRI) said.