SEOUL, July 28 (Yonhap) -- In commemoration of the Korea-France Treaty of 1886, Marie Francois Sadi Carnot, the French president in the late 19th century, two years later presented the then Emperor Gojong of the Korean Empire with a polychrome-decorated white Salamis vase. It was produced by France's Manufacture Nationale de Sevres, one of the finest European porcelain manufactories.

In return, Gojong gave Carnot two pieces of rare 12th to 13th century celadon and a pair of "banhwa," a gold-covered flower tree pot ornament. The exchange marked one of the first instances of Korea's diplomatic gift exchange with the West. 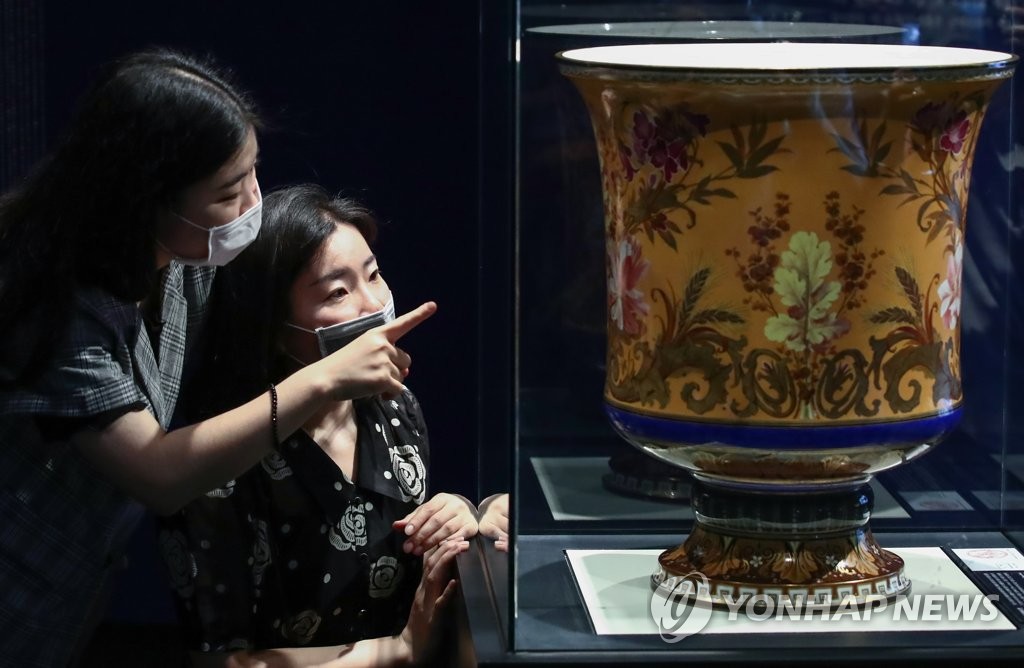 The exquisite Salamis vase from France is part of some 40 pieces of Western ceramics owned by the royal court that will be made available to the public in the special exhibition "New Era of The Royal Ceramics -- Embracing the Western-Style Porcelain in the Joseon Royal Court" at the National Palace Museum of Korea (NPMK) in central Seoul from Wednesday to Oct. 4.

The collection brings together some 400 traditional Korean porcelain ware and Western-style porcelain ware from France, Britain and Germany, as well as ones from China and Japan. Of those, 40 will be revealed to the public for the first time.

Divided up into five sub themes, the exhibition will look into the stories that porcelain wares tell about the Joseon royal court and its efforts in the modernization process.

The first section showcases five centuries of porcelain ware use within the Joseon Royal Court, such as ceremonial jars with dragon designs and white porcelain wares with peony designs, and underglaze cobalt-blue vases used for carrying alcoholic drinks or as flower vases. 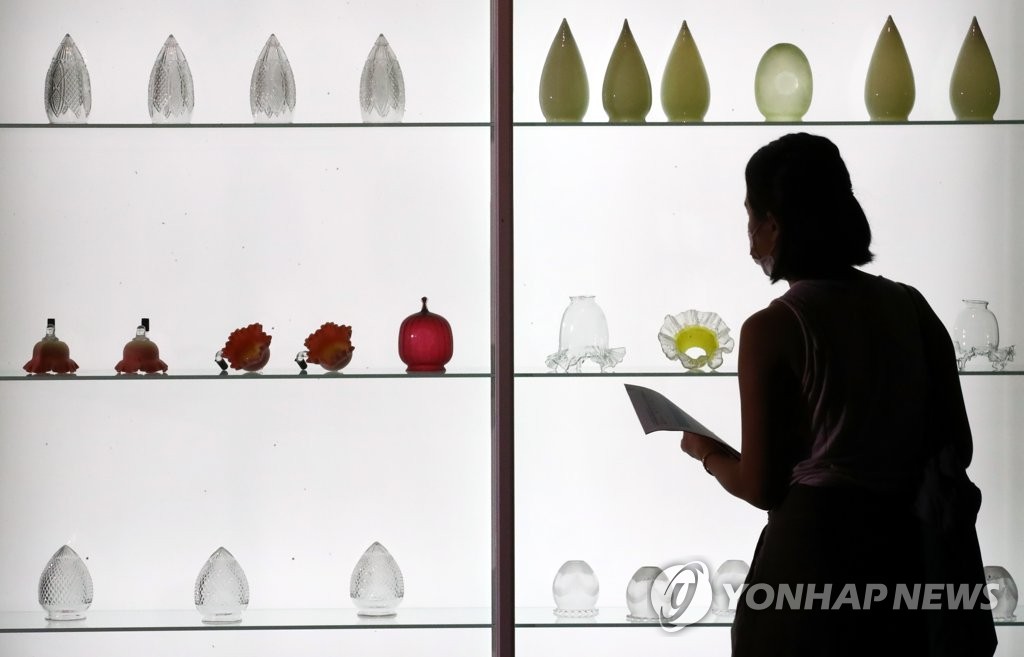 The following section delves into ceramics used during the time that Western-style porcelain was introduced to Korea. The section displays over 150 pieces of electric glass lanterns that decorated both the indoors and outdoors of the royal court following the introduction of electricity in 1887.

The third section will feature the French Salamis vase and other ceramics that the royal court received as diplomatic gifts. Section four will offer visitors a chance to look at Western royal tableware used in banquets for the foreign diplomatic corps.

This exhibition is the first to showcase to the public Japanese-exported flower vases, produced by Koransha and Kinkozan, that were later brought to Korea. 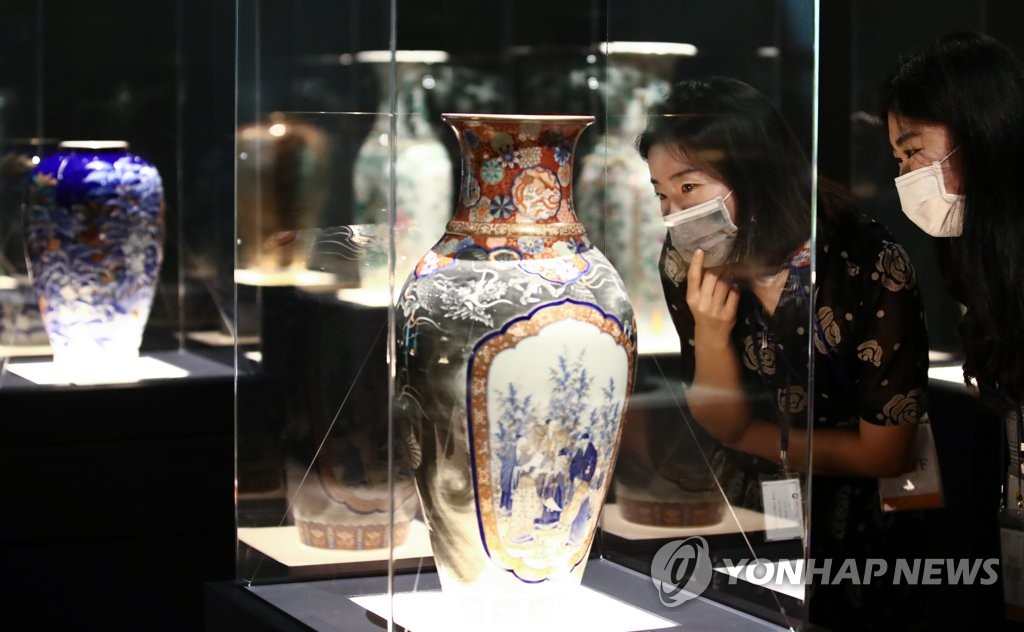 In light of the COVID-19 situation, NPMK has also prepared an online version of the exhibition in partnership with the online portal Daum so viewers can see the exhibit remotely. The museum is also preparing 3-D online and virtual reality content on Sept. 1.

According to NPMK Director Kim Dong-young, preparation for the exhibit took some three years. Kim said he was grateful for being able to open the event to the public.

"We initially planned to have more relics, including a gift that Gojong gave to the French president as a gift. But we weren't able due to the new coronavirus," Kim said.

The director noted that the museum will hold a follow-up special exhibition for the items, which organizers had planned but weren't able to procure for this event due to the virus situation. 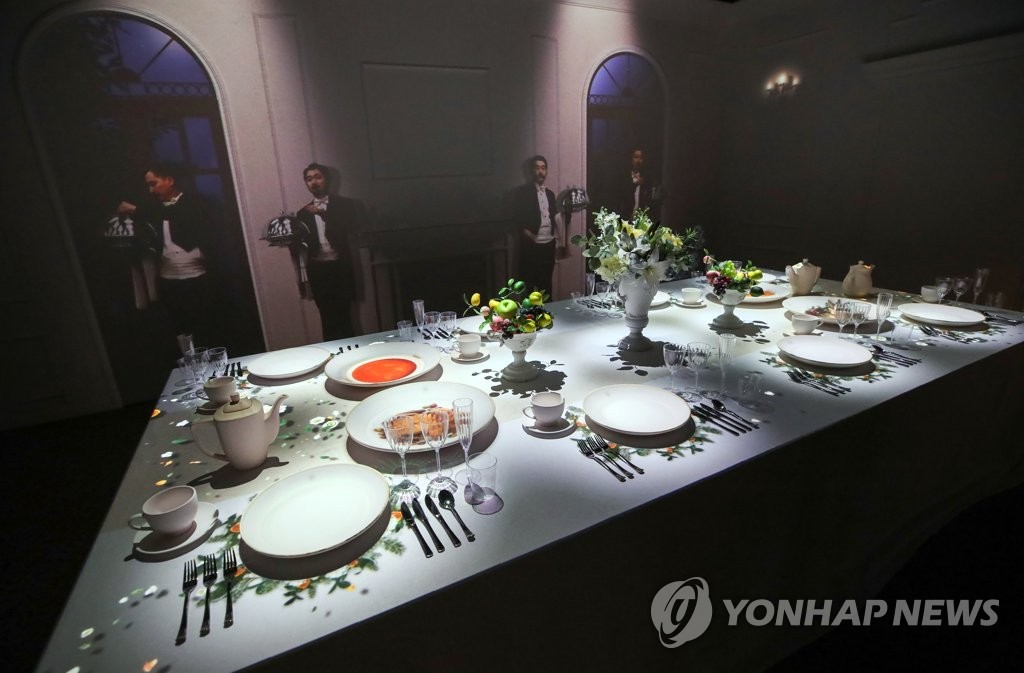