SEOUL, July 28 (Yonhap) -- The foreign ministry said Tuesday that international courtesy for foreign leaders should be taken into consideration, after local media reported on a pair of bronze statues at a local botanical garden of a man bowing on his knees before a wartime sexual slavery victim.

The statues sparked controversy, as some media outlets reported that the male figure represented Japanese Prime Minister Shinzo Abe. The garden's operator, based in the eastern county of Pyeongchang, later clarified that the man does not represent anyone, though he personally wants it to be Abe.

Japan has bristled at the statue, with Chief Cabinet Secretary Yoshihide Suga telling reporters Tuesday that the installation of such statues, if true, is "unacceptable" and would "decisively affect" the relations between the two countries.

"We intend to refrain from comments on a private-level event unrelated to the government," the ministry said in a press guidance statement. "However, the government believes it is necessary to take the aspect of international comity toward foreign leaders into consideration as well."

International comity refers to legally nonbinding diplomatic practices carried out by states for foreign countries out of courtesy, such as calling a foreign leader by his or her title.

The garden operator has canceled a plan for an unveiling ceremony for the 4-year-old statues as the controversy arose. He said he wants to see a responsible person, whether it be the Japanese leader or other politicians, apologizing for the wartime atrocities. 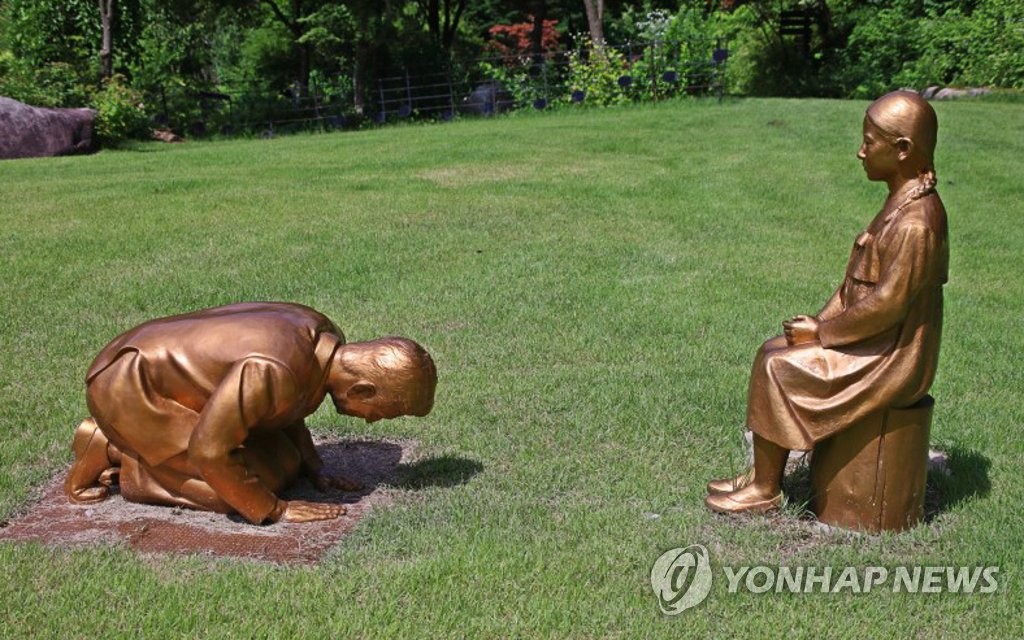