During Monday's confirmation hearing for Park Jie-won, nominee for the National Intelligence Service director, Rep. Joo Ho-young, floor leader of the United Future Party (UFP), revealed a copy of an agreement, dated April 8, 2000, about the South's commitment of US$3 billion financial support to the North.

The paper has the signature of Park, then a special presidential envoy preparing for the historic summit between South Korea's Kim Dae-jung and the North's Kim Jong-il.

"It is a false and fabricated document. I will consider legal action against floor leader Joo," Park said in a statement.

"His claim is serious defamation against late President Kim Dae-jung and the special delegation to North Korea who negotiated the historic inter-Korean summit agreement." 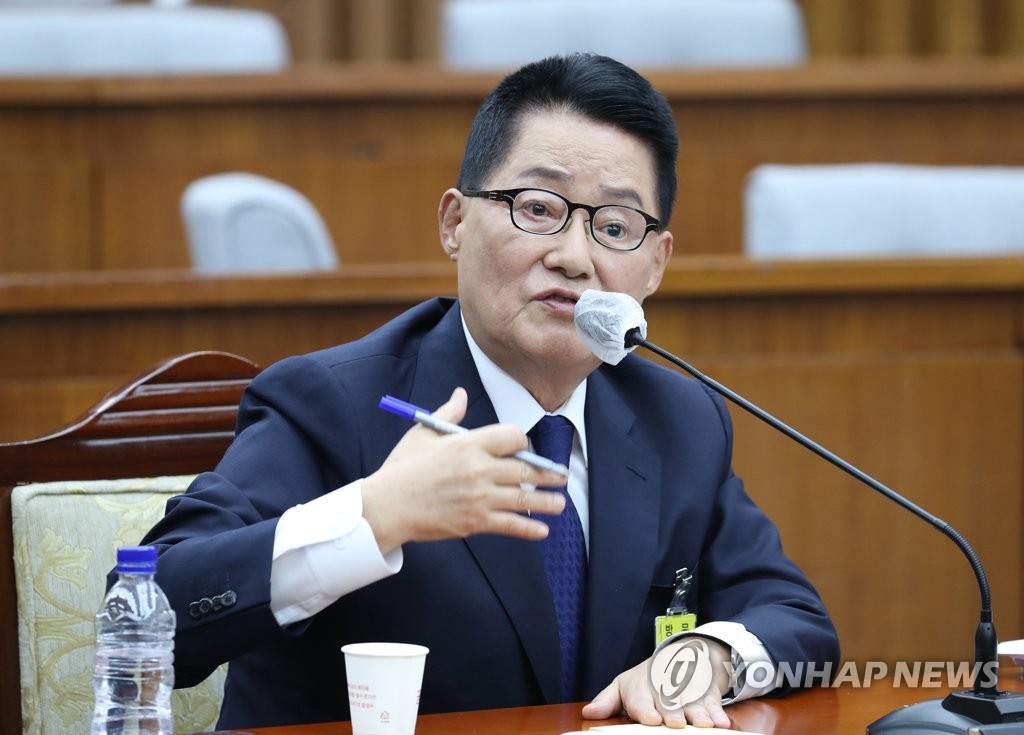 Other members of the special delegation told Park they had no memory of the document and that it is totally untrue, he added.

Earlier in the day, Joo told a radio talk show that a former ranking government official visited his office and provided the document, asking him to bring up the issue at the hearing.

Park demanded Joo reveal the identity of that former official.

Later in the day, the National Assembly Intelligence Committee held a session and adopted a confirmation hearing report for Park.

The UFP lawmakers boycotted the session. The party called for President Moon Jae-in to defer Park's appointment until the authenticity of the document is verified.
(END)