SEOUL, July 28 (Yonhap) -- The number of heat wave days in South Korea is expected to increase by 3.5 times by the end of this century, if emissions of greenhouse gases are maintained at the current levels, a government report warned Tuesday.

Depending on the efforts to reduce greenhouse gases, the nation's surface temperature is also projected to rise 2.9 C to 4.7 C at the end of the 21st century, according to the report jointly issued by the Korea Meteorological Administration and the Ministry of Environment.

If greenhouse gases are emitted at the current rate, the number of heat wave days here will surge from the current 10.1 days a year to 35.5 days in the second half of the 21st century, the report said.

The report also noted that Korea's surface temperature has risen at a faster rate than the global average, raising the possibility that it may no longer be possible to grow apples in the nation. 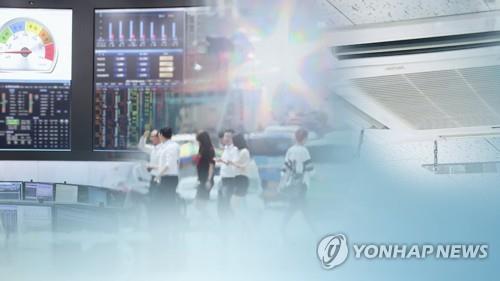 The report forecast that the nation's blooming time of cherry blossoms in 2090 will be 11.2 days earlier than today and pine forests are expected to shrink 15 percent from now. The country's rice productivity will be reduced by more than 25 percent and apple farming may disappear here.

Tangerine farming may be rendered impossible in areas below Gangwon Province, east of Seoul.

In addition, global warming will also heighten the chances of various animal, water and food-borne infectious diseases breaking out on the Korean Peninsula, the report warned.

Since the 1970s, the number of heat wave days on the peninsula has increased by 0.89 days per decade, and the number of tropical nights -- when the nighttime low stays above 25 C -- jumped by 0.96 days per decade, the report said. Under the new criteria, heat wave advisories and warnings are issued when the maximum apparent temperature is projected to exceed 33 C and 35 C, respectively, for at least two days.

The sea surface water temperature around Korea rose by 0.024 C per year from 1984 to 2013, and the sea level rose by 2.9 millimeters per year from 1989 to 2017, the report said, adding the frequency and intensity of typhoons around the peninsula have also increased since the 1970s.

The report predicted that the amount of precipitation will increase by 3.3 to 13.1 percent by the end of this century, while the average sea level will rise by 37.8 to 65 centimeters.