A potential measure may allow an apartment building to have more homes by raising the residential floor area ratio, Hong told lawmakers.

Another measure may ease rules on floor-to-floor height in an apartment building, Hong said.

Hong has said the government will soon draw up comprehensive measures to supply more homes in Seoul and the neighboring area. 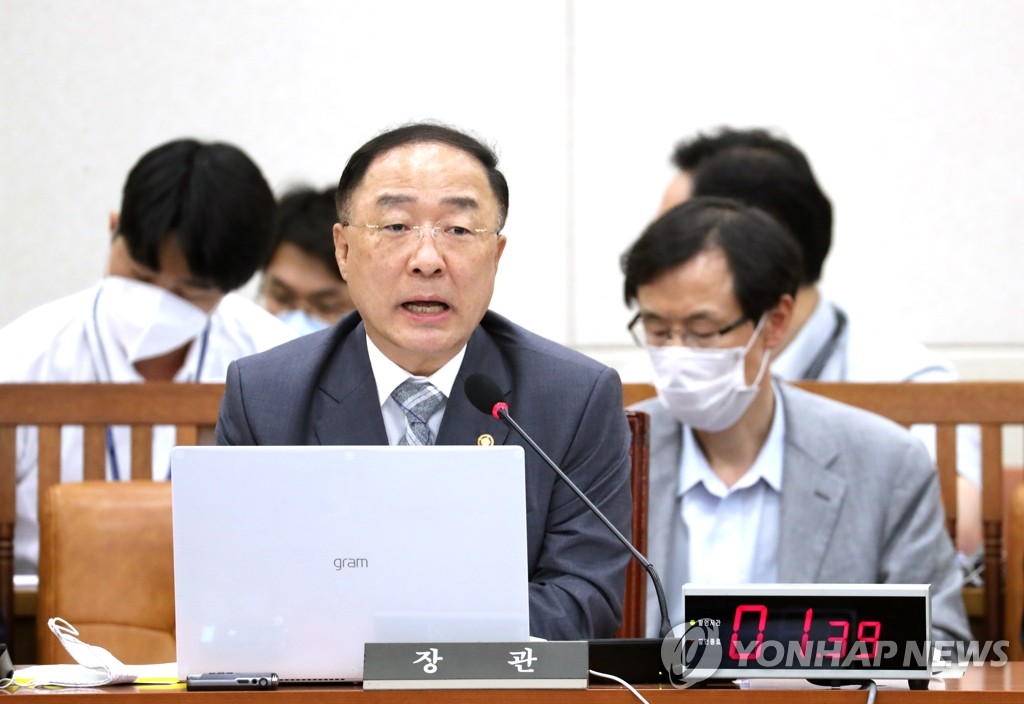 Officials at the ruling Democratic Party (DP) said the government and the party plan to announce the envisioned measures to boost supply on Aug. 4.

The DP said the measures could create more than 100,000 new homes.

As part of the announcement, the party is also planning to come up with a new measure aimed at curbing speculative home purchases by foreigners, according to sources.

"When the home supply measures are announced, I believe they will have various impacts and consequences in the market," the finance minister noted.

"The government cannot just watch the market (overheat), it will certainly come up with additional measures, if (the upcoming ones) are not enough," the top policymaker added.