The Korea Baseball Organization (KBO) will hold its annual draft on Sept. 21. And starting Tuesday, players who hold South Korean citizenship and who have played amateur ball outside the country will be able to declare their intention to enter the draft.

The deadline to submit applications is 3 p.m. on Aug. 22. The application form can be downloaded from the KBO's website, and the original copy must be mailed to the KBO's baseball operations department, and an extra copy must be sent to kbo10@koreabaseball.or.kr. 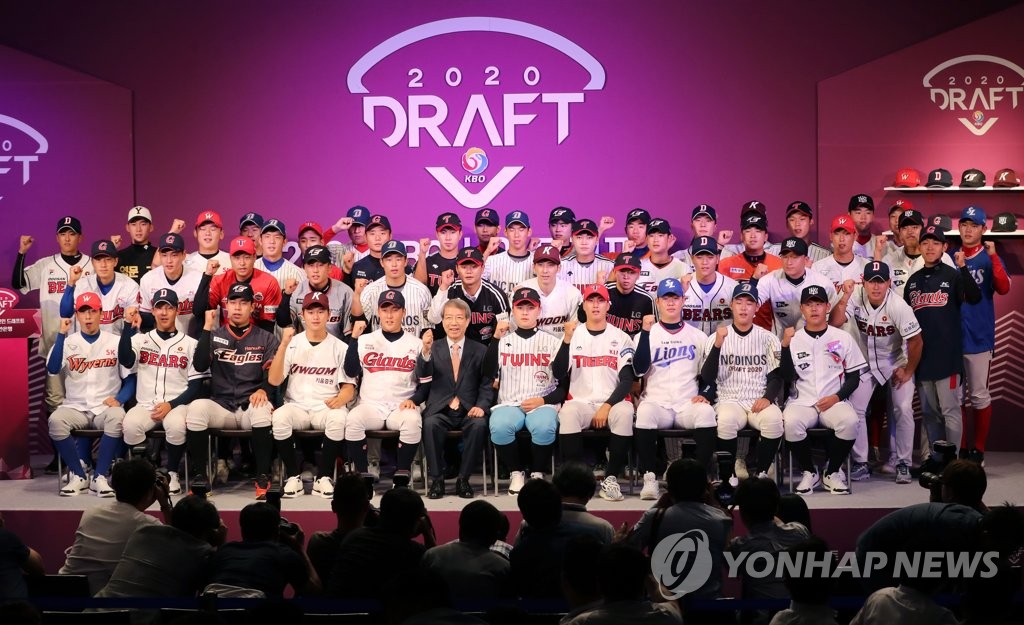 According to the KBO, players have to meet the following criteria: They must have finished at least high school in South Korea and joined a foreign professional club without having first signed with a KBO team. For such players, their contracts with foreign pro clubs must have expired before Jan. 31, 2019.

Also, those who have graduated from a foreign school but have never played pro ball in South Korea are eligible to enter the draft.

The KBO said players who have dropped out of high school or university will also be able to enter the draft, but only if they would have graduated this year had they stayed in school.

The KBO will organize a tryout for these candidates on Sept. 7 at a venue to be determined later.

Student-players in graduating classes -- high school and university seniors -- are automatically eligible, and they don't have to send in any application.