While attending the national defense committee's briefing at the National Assembly, the minister said, "I shoulder the ultimate responsibility as the defense minister" for what happened.

On Sunday, the North claimed that a "runaway" returned to his home in the border city of Kaesong on July 19 with symptoms of COVID-19, a claim that was rejected by South Korean health authorities.

The defense minister suspected that the North's regime had "political purposes" behind the claims and that it was trying to shift responsibility for the spread of the coronavirus to outside forces.

The convening of an emergency meeting Saturday by the Workers' Party of North Korea must have occurred "after taking into consideration various factors," he said. "The party must have a political purpose while stressing the potential risks of the spread of COVID-19."

According to the South Korean military, the defector is believed to have swum across the border from the western border island of Gwanghwa after going through a drain under barbed wire fences to evade South Korean border guards.

Asked if he believed that the North was indirectly asking for help on the quarantine front, Jeong said, "I agree to some extent, but the (North's) intention should be interpreted from various aspects." 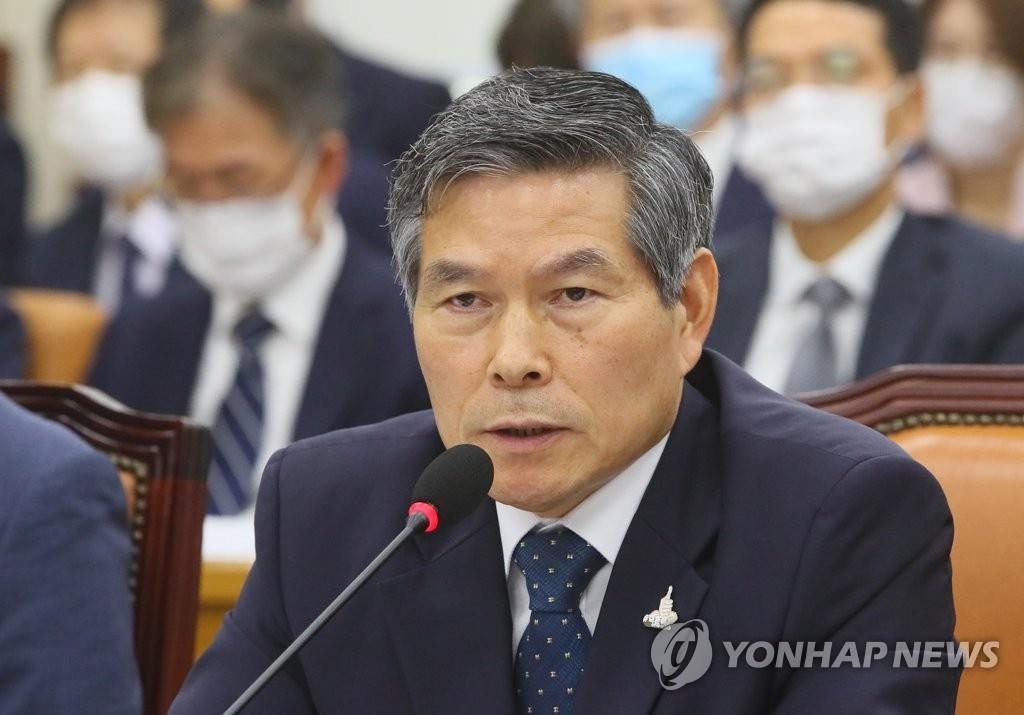