The Heroes' manager Son Hyuk said he had mulled putting Russell in some other spots in the lineup but decided the No. 3 would be best suited for the 2016 National League All-Star for the Chicago Cubs.

"I hope he stays healthy and plays every game this season," Son said before his Korea Baseball Organization (KBO) club faced the Doosan Bears on the road at Jamsil Baseball Stadium in Seoul. "If he hits well tonight, I think it will set a positive tone for the whole team the rest of the season." 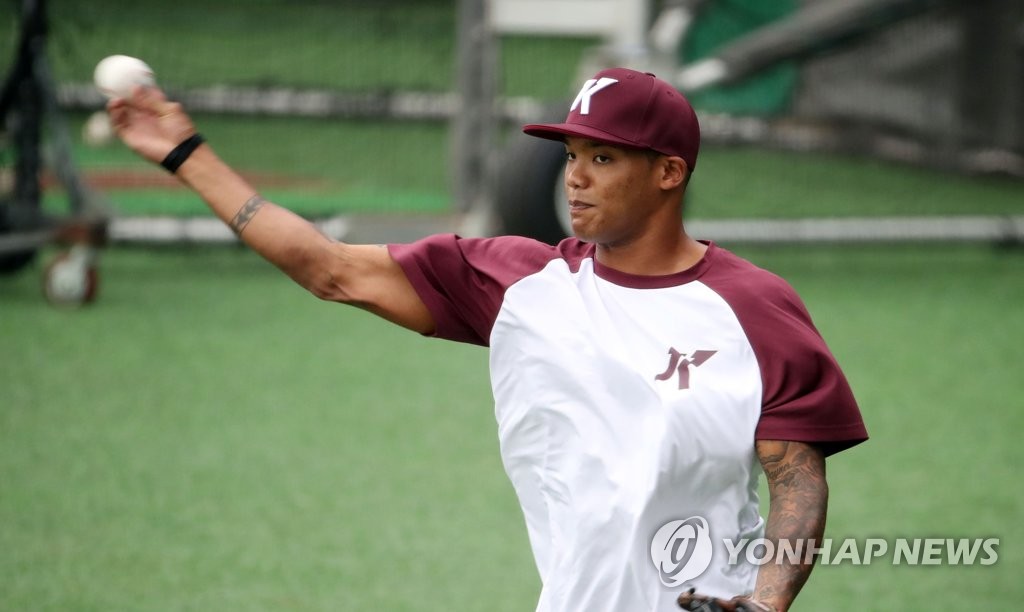 Russell, who spent five years with the Cubs and won the World Series in 2016, signed with the Heroes in late June. He served his mandatory 14-day quarantine after arriving in South Korea earlier this month and played two minor league games over the weekend.

He went 5-for-6 with two doubles in those two games. Based on his Double-A and Triple-A stats, the Heroes are projecting that Russell will bat .319/.411/.696 in the KBO this year. Before Tuesday's game, the Heroes had 74 games remaining in 2020.

"No one wants him to put up that kind of number more than I do," Son said with a smile. "But more than anything else, I just hope he will stay healthy. And if he does well, I think he will have a positive impact on the rest of the lineup."

With Russell batting third, the usual No. 3 hitter Lee Jung-hoo will bat cleanup. Slumping slugger Park Byung-ho has been removed from the cleanup spot and will bat fifth in his fourth straight game Tuesday.

Son also guarded against putting too much pressure on Russell to produce immediately, since this will be his first action in nine months, save for the minor league appearances here last weekend. 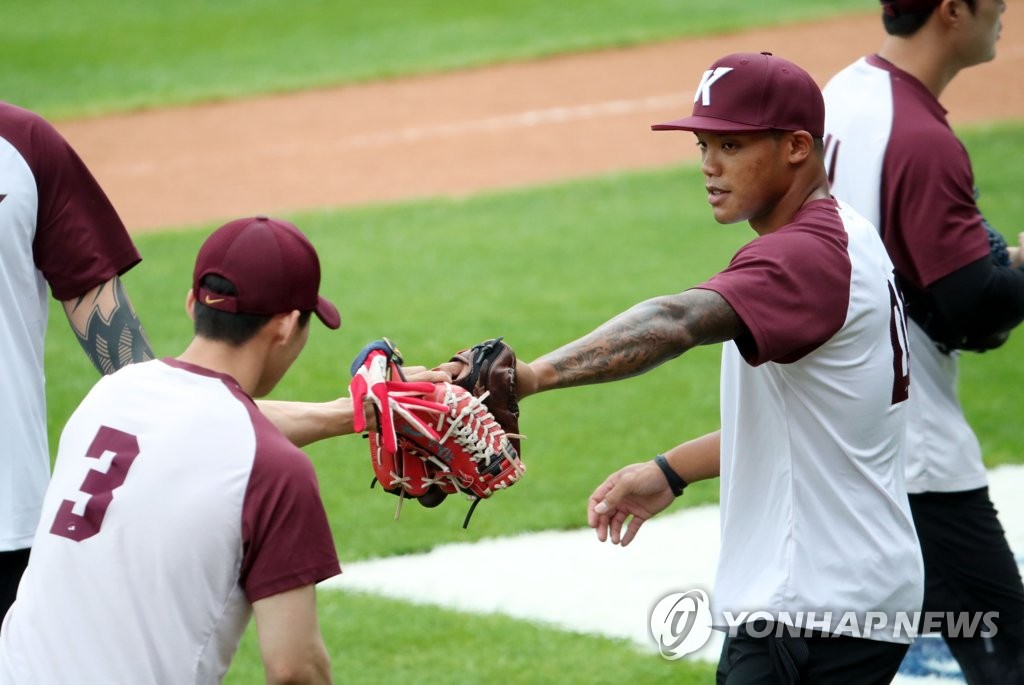 "He's most comfortable at shortstop, but he'll also play occasional second base," Son said of a player who's appeared in 460 big league games at shortstop and 149 at second base. "He'll serve as the designated hitter down the road, too."

Kiwoom's incumbent shortstop, All-Star Kim Ha-seong, will move over to third to make room for Russell.

Son said his early impressions of Russell are that of a routine-oriented player who won't rush himself on the field.

"I think our players can learn that from him," the manager said. "He's obviously a very good player. He's bound to make a couple of mistakes here and there, but he's going to need some adjustment period.