The move came a day after Park went through the National Assembly's confirmation hearing.

Hours earlier, the Intelligence Committee adopted a report on the results of the hearing despite a boycott by the main opposition United Future Party that called on the president to suspend a decision on his appointment.

The conservative party is taking issue with Park's suspected forgery of his school records and the alleged signing of a secret money deal with North Korea for the historic 2000 summit between then President Kim Dae-jung of South Korea and North Korea's leader Kim Jong-il. Park played a key role in the summit process as a close aide to Kim.

Early this month, the president nominated Park, known for his high level of understanding and expertise in North Korea affairs, to lead the state agency. Park is succeeding Suh Hoon, tapped as director of national security at Cheong Wa Dae. 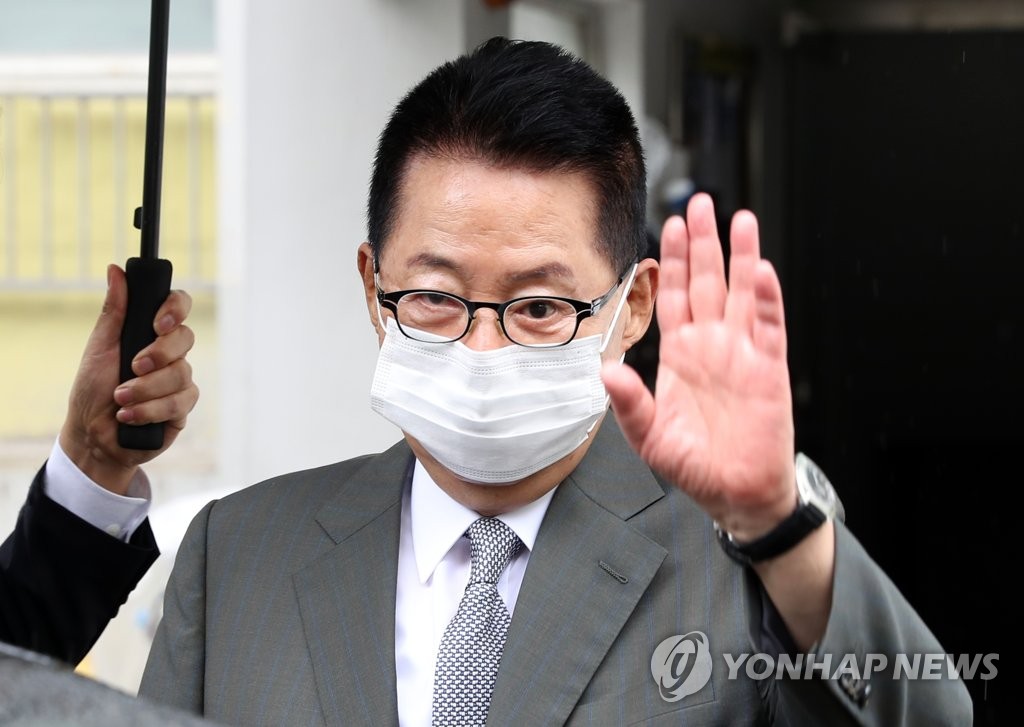