SEOUL, July 28 (Yonhap) -- Samsung Display, one of the largest screen manufacturers in the world, has recognized an in-house union, ending its long-standing practice of operating without a bargaining unit made up of its employees, industry sources said Tuesday.

The Federation of Korean Trade Unions and business insiders said an agreement was reached between the management and the newly formed Federation of Korea Metal Workers' Trade Union on Monday. Under the pact, the display-making unit of Samsung Group agreed to provide an office for the company chapter of the umbrella union and allow the appointment of a union leader and full-time representatives.

The union is expected to formally start work on Aug. 3 and to focus on collective bargaining efforts to improve the rights of Samsung Display employees.

The latest agreement came after Samsung Group Vice Chairman and de facto leader Lee Jae-yong said in May that South Korea's No. 1 family-run conglomerate will scrap its "no union policy" once and for all as part of efforts to overhaul outdated practices. The latest development also marks the first time a Samsung company has set up a union after Lee's announcement. 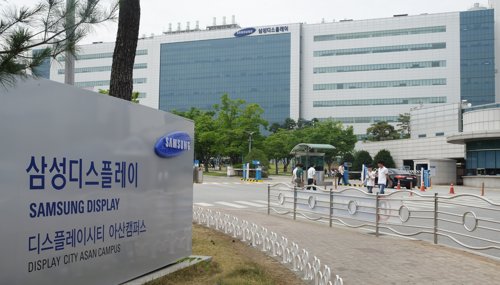