In their second straight Tuesday meeting at Jamsil Baseball Stadium in Seoul, the Heroes avenged a 6-1 loss from last week.

In his much-anticipated Korea Baseball Organization (KBO) debut for the Heroes, Russell, the 2016 National League All-Star for the Chicago Cubs, went 2-for-4 with two RBIs and a run scored. 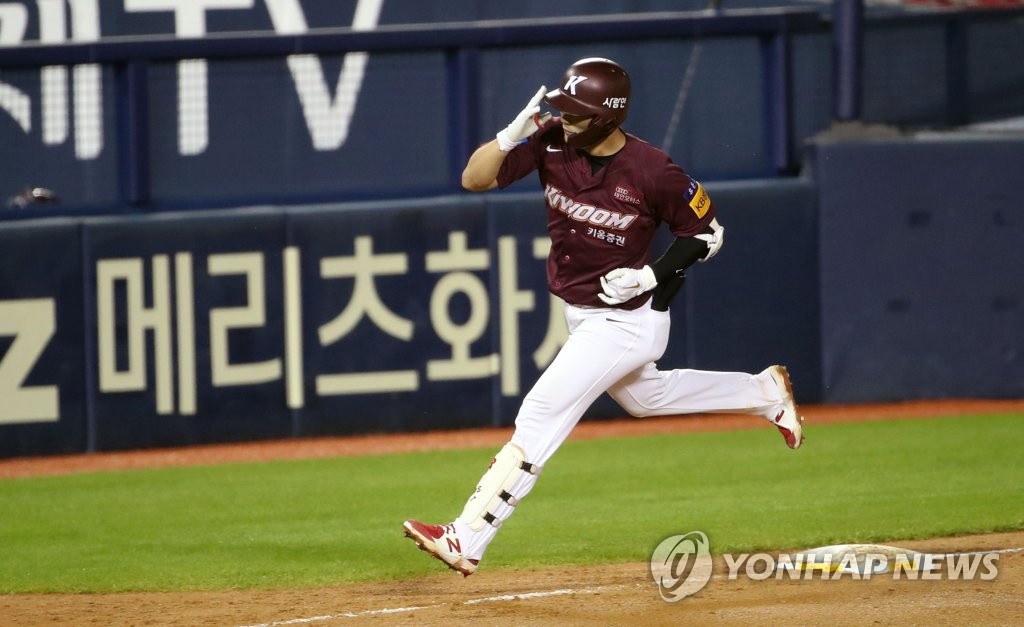 Neither starter got a decision in a rematch from last week. Back then, Raul Alcantara tossed seven shutout innings for the Bears, while his counterpart, Eric Jokisch, fell apart in the sixth inning by giving up six runs.

This time, Alcantara gave up two runs -- one unearned -- on five hits in six frames, while Jokisch was charged with two runs on a season-high nine hits in five innings.

The two teams traded zeroes for four and a half innings before Jokisch blinked first in the bottom fifth.

After Oh Jae-il drew a one-out walk, Kim Jae-hwan followed up with an opposite field home run to left field for a 2-0 lead. It was Kim's third hit of the game.

That looked to be enough of a cushion for Alcantara, who held the Heroes to just one hit through four innings.

Alcantara got into trouble for the first time in the fifth, as a double and a walk put runners at the corners with two outs. Alcantara battled leadoff man Seo Geon-chang for eight pitches before striking him out swinging on a high fastball. 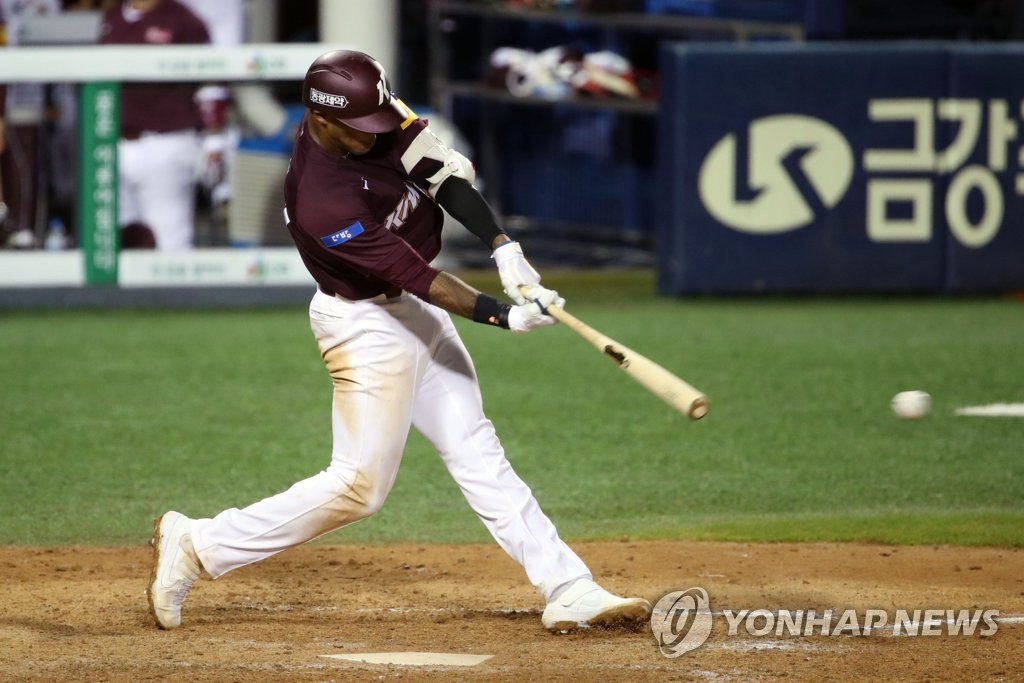 Right after the Bears spotted him a 2-0 lead, Alcantara started to look shaky. He gave up two straight singles to Kim Ha-seong and Russell to open the top sixth, and Kim moved to third base on a flyout to give the Heroes runners at the corners.

Park Byung-ho then hit what appeared to be a routine fly to shallow right field. But the backpedaling second baseman Choi Joo-hwan dropped the ball, allowing Kim to come home and cut the deficit to 2-1.

A single by Park Dong-won loaded the bases for Kim Hye-seong, who hit a sacrifice fly to left as Russell scored the tying run for a 2-2 game.

The Bears went down quietly in the bottom sixth, and then the Heroes went ahead in the top seventh.

That move proved disastrous for the Bears, and Kim Ha-seong smacked a frozen rope over the left-center field wall for a solo shot, putting the Heroes up 3-2. 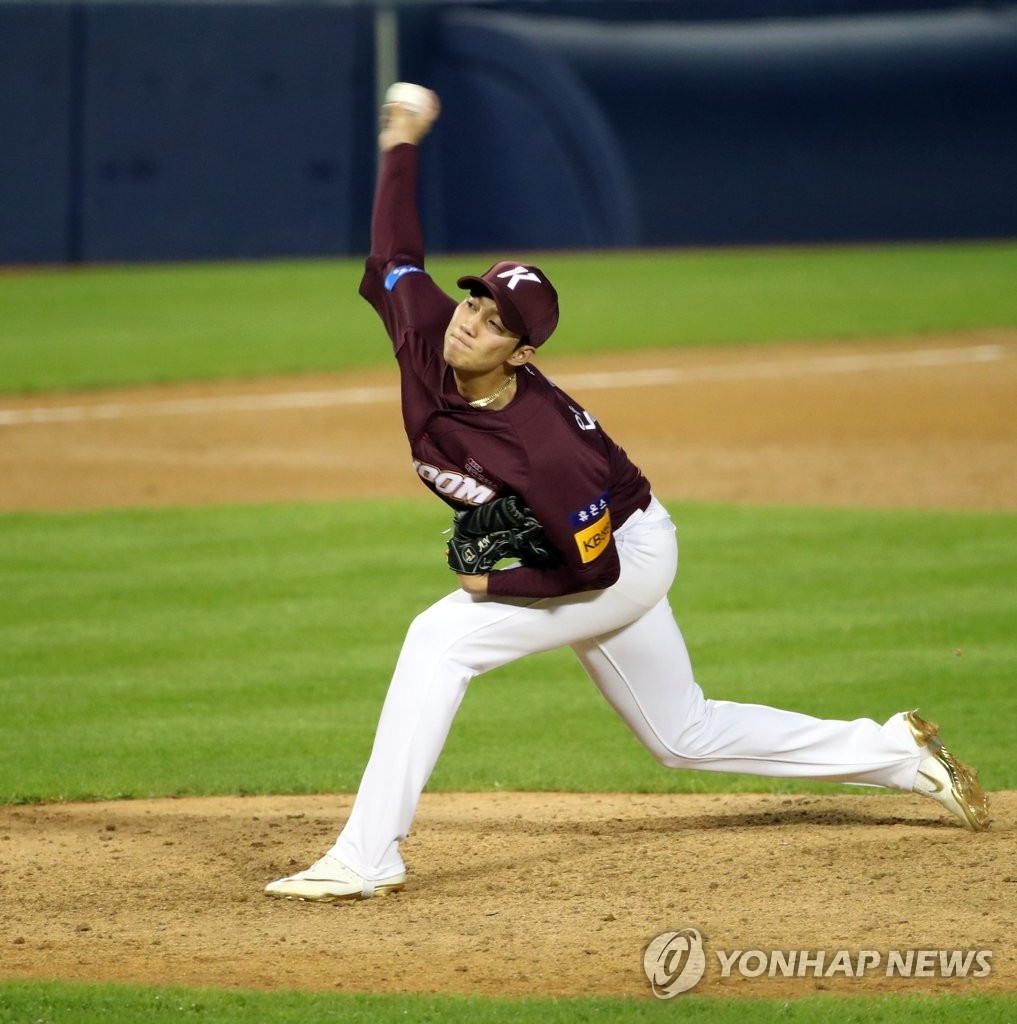 Russell, who hit a single in the sixth for his first KBO hit, provided crucial insurance runs in the top ninth.

Reliever Lee Hyeong-beom gave up a walk and a single to open the ninth. After a sacrifice bunt moved the runners up a base, Lee intentionally walked Kim Ha-seong to load the bases and set up a potential double play for Russell.

The strategy backfired, as Russell knocked a single to left to cash in two runs and give the Heroes a 5-2 lead.

Later in the inning, Park Dong-won drew a bases-loaded walk for a 6-2 Heroes advantage.

The Heroes' bullpen, which has had some rough outings of late, did the rest. Four relievers after Jokisch combined for four hitless innings, with four strikeouts and one walk.