Local businesses raised 89.4 trillion won (US$74.5 billion) by selling bonds in the January-June period, up 3.8 percent from a year earlier, according to the data from the Financial Supervisory Service (FSS).

Increased sales of debt by nonfinancial companies and asset-backed securities led the overall rise, offsetting a fall of 965 billion won in the issuance of financial bonds. 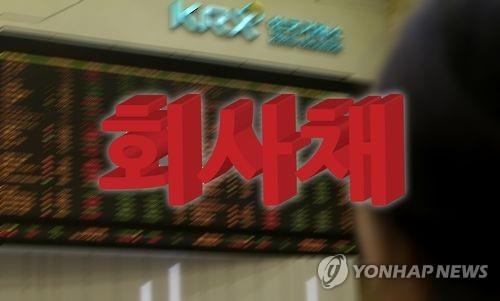 The financial watchdog said despite the coronavirus outbreak, first-half corporate bond sales gathered ground on government measures to cushion the economic fallout from the disease.

The outstanding value of bonds issued by South Korean corporations came to 546.3 trillion won as of end-June, up 43.2 trillion won from a year earlier.

In contrast, share offerings stood at 2.1 trillion won in the six-month period, down 3 percent from the same period a year ago.

The decline was attributed to a base effect as some big businesses made large-scale rights offerings a year ago in a bid to improve financial health.