SEOUL, July 29 (Yonhap) -- The number of South Koreans heading to beaches more than halved over the past two months amid the new coronavirus pandemic, data showed Wednesday, but the figure is poised to rebound in August as more people spend their vacations at home instead of abroad.

Some 250 beaches here saw the accumulated number of visitors over the period reach 8.1 million as of Monday, plunging from 18.55 million posted a year earlier, according to the Ministry of Oceans and Fisheries. 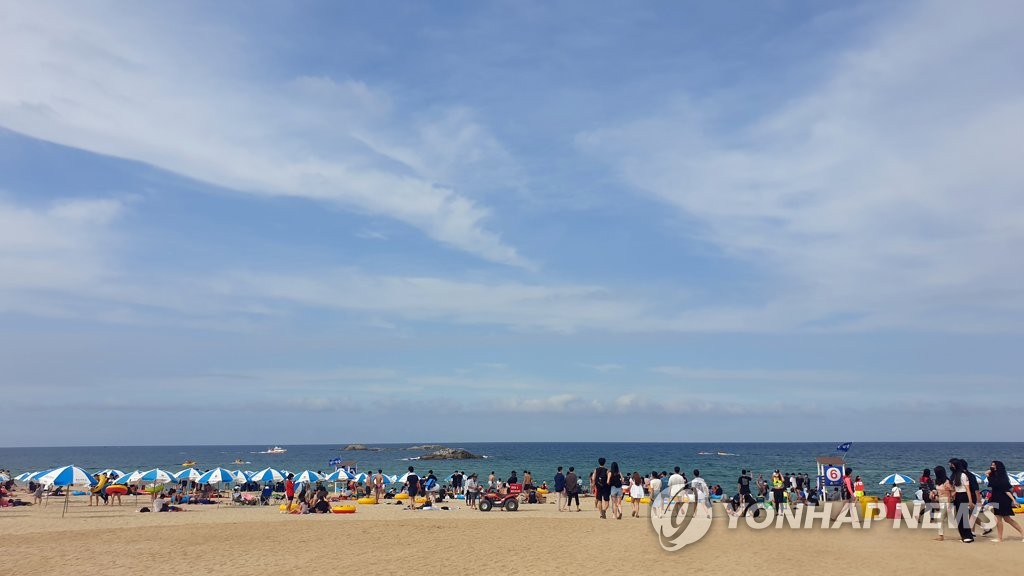 "We expect the number of visitors at beaches to rebound in August in sync with the summer vacation season," the ministry said in a statement, requesting travelers to follow basic distancing guidelines and wear masks.

South Korea has adopted an alert system for major beaches under which authorities issue a "red" alert when the number of visitors at beaches exceeds the level at which they can keep safe distances.

Under ties with South Korea's leading portal operator Naver Corp., visitors can check the traffic at the beaches through its website.

People are also banned from eating or drinking at beaches during night hours. Violators can be slapped with fines of up to 3 million won (US$2,497) under the country's disease control law, according to the ministry.

No. of beach visitors halves over June-July amid virus pandemic

No. of beach visitors halves over June-July amid virus pandemic