SEOUL, July 29 (Yonhap) -- The remains of seven soldiers killed in North Korea during the 1950-53 Korean War were buried at a national cemetery Wednesday, following their return home, 70 years after the outbreak of the conflict, the Army said.

A burial ceremony took place at Daejeon National Cemetery, 160 kilometers south of Seoul, presided over by Army Chief of Staff Gen. Suh Wook, according to the military.

The seven veterans are among 147 South Korean warriors whose remains were repatriated from North Korea via Hawaii last month.

They are all presumed to have died in December 1950 near the Changjin Lake in South Hamgyong Province, one of major Korean War battle zones in the communist state.

"The seven heroes answered the call to defend the country and sacrificed themselves for freedom and peace. The prosperity South Korea and we enjoy today were possible thanks to them," Suh said during the ceremony. "Carrying on their patriotism and military spirit, we will steadfastly preserve peace in South Korea." 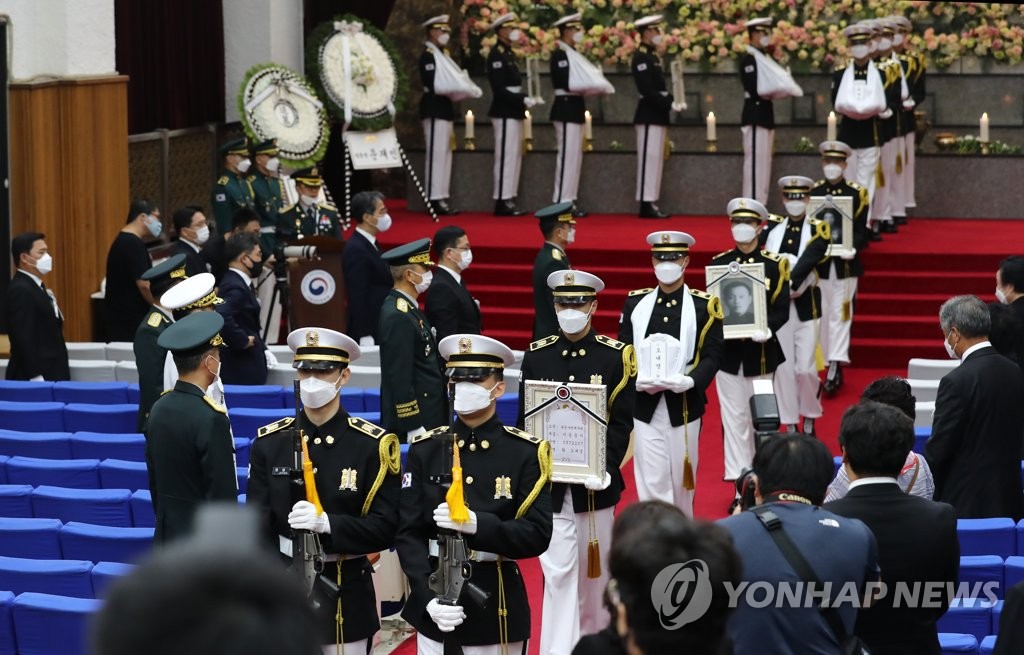