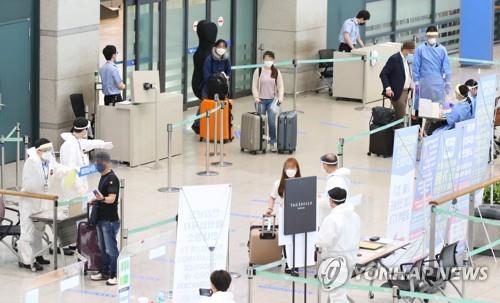 Of the 34 newly reported imported cases, 21 were detected at quarantine checkpoints at ports and airports.

The newly identified cases are mostly tied to Russian ships docked in the southeastern port city of Busan. So far, cases tied to seafarers on Russia-flagged ships have reached 90, health authorities said.

The country reported no additional deaths, keeping the death toll at 300, according to the KCDC.