SEOUL, July 29 (Yonhap) -- South Korea will push to extend stay permits for foreign migrant workers who cannot return home due to the coronavirus pandemic, in a bid to relieve seasonal labor shortages in farming and other areas, a government agency said Wednesday.

The Central Disaster and Safety Countermeasures Headquarters said that it and relevant ministries will discuss allowing migrant workers whose work permit periods expired to extend their stay here once for up to three months and engage in seasonal agricultural labor and other activities outside of their status of stay.

The government had earlier permitted foreign workers, who faced difficulties returning home due to COVID-19-related travel restrictions and lack of flights even after the expiry of their stay permits, to extend their stay by a maximum of 50 days. 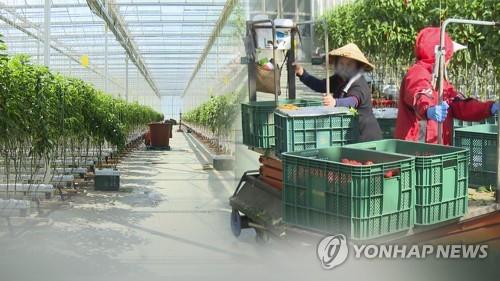 They have been guaranteed lawful stay here, if they still find it difficult to return home even after the expiry of their extended stay. But they have been banned from getting employed and have thus been tempted to look for illegal employment due to livelihood difficulties. Under the current law, in particular, the issuance of visas is restricted for migrant workers who stay in Korea for more than five years with a non-professional employment (E-9) status.

Against such a backdrop, justice, labor, agricultural, fisheries and other relevant ministries will soon hold follow-up discussions on the proposed extension of stay permits for foreign workers, the central disaster headquarters said.

"The government will take advantage of foreign workers deemed to be free from coronavirus risks to meet the needs of the industrial sectors, reduce the demands for new workers from abroad and prevent illegal employment of foreigners here," said a ranking official at the headquarters.

The announcement came after the central anti-disaster headquarters discussed the matter during its regular meeting presided over by Prime Minister Chung Sye-kyun.

During the meeting, Chung said South Korea also plans to step up quarantine measures on sailors coming from Russia and other countries that are on Seoul's list of nations subject to tougher quarantine. 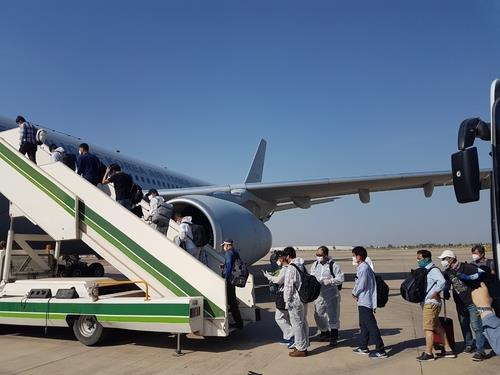