SEOUL, July 29 (Yonhap) -- More Russian seafarers were confirmed to have been infected with the new coronavirus, with the number of related cases rising to 91 in total, health authorities said Wednesday.

According to the authorities, 12 more cases were reported from a Russian ship docked in the southeastern port city of Busan, raising the total caseload tied to the vessel to 44 since 32 Russian sailors were confirmed to have contracted COVID-19 on Friday. The vessel carried 94 crewmembers.

In addition, one Russian sailor aboard a cargo ship docked in Incheon, west of Seoul, also tested positive for the virus. 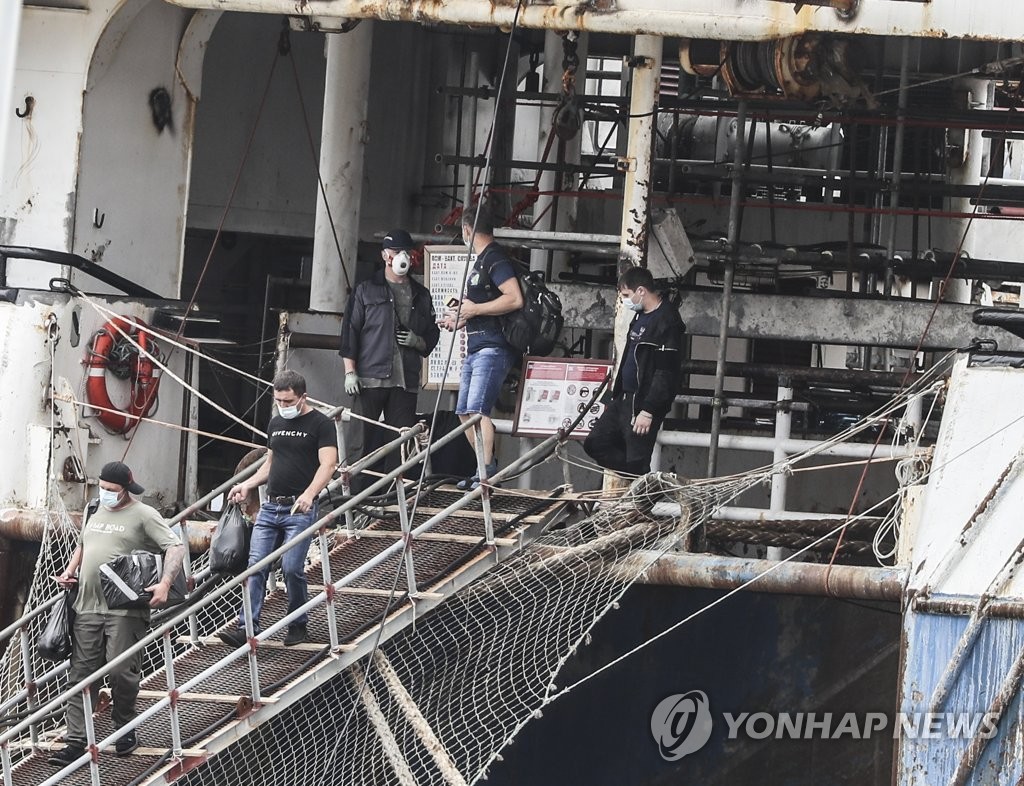 Carrying 20 crewmembers, the 6,800-ton cargo vessel departed from Vladivostok on July 21 and entered the Incheon port on Sunday. Nineteen other sailors tested negative for the virus.

With the newly identified cases, South Korea has detected a total of 91 virus cases from nine Russian ships docked here since June.

South Korea is considering adding Russia to a list of countries requiring stronger quarantine checks as cluster infections on Russian ships have continued to swell.