SEOUL, July 29 (Yonhap) -- A South Korean national has been arrested in Cambodia on charges of attempting to smuggle methamphetamine into South Korea and Japan, prosecutors here said Wednesday.

The drug suspect was apprehended in Phnom Penh, the capital of Cambodia, after having allegedly been involved in drug trafficking in five Asian countries, according to the Supreme Prosecutors Office (SPO) and the Incheon District Prosecutors Office.

An accomplice was also taken into custody on drug charges, they said.

The suspect is accused of trying to smuggle the banned substance into South Korea and Japan while traveling between Cambodia and Thailand, they said, adding that 1.4 kilograms of meth, enough for 46,000 doses, was seized from the arrested person. 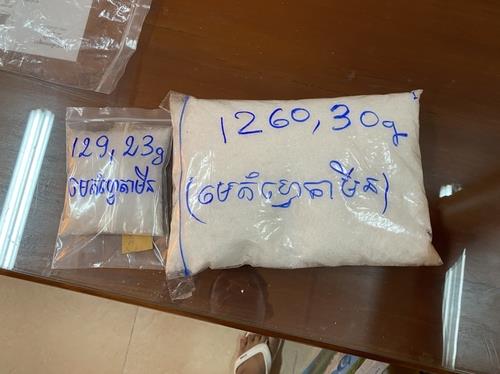 The SPO said it has closely cooperated with Cambodia's law enforcement authorities in the latest crackdown on suspected drug offenders.

The office also noted that it has been maintaining close cooperation with counterpart authorities in about 40 countries worldwide in its fight against drug smuggling.

Last December, the SPO and the Incheon prosecution arrested a high-profile Korean drug offender suspected of having imported 18.3 kg of meth into South Korea.