SEOUL, July 29 (Yonhap) -- The number of exporting firms in South Korea inched up in 2019 but their overseas shipments fell more than 10 percent amid a global economic slowdown, government data showed Wednesday.

Exporting companies in Asia's fourth-largest economy numbered 98,568 last year, up 1.2 percent from the previous year, according to the data from the Korea Customs Service (KCS).

The number of importing companies increased 4 percent on-year to 195,661 last year, while their imports shrank 6.1 percent to $477 billion.

Of the exporting companies, 430 registered exports of $100 million or more last year, down 11 from the prior year. Slightly over 53 percent of the exporting firms, or 52,671, chalked up exports below $100,000 last year, according to the data. 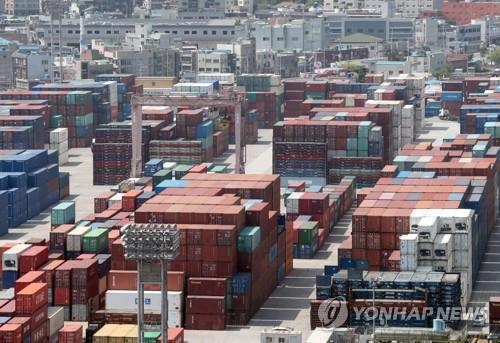 Number of exporters edges up amid weaker overseas shipments in 2019

Number of exporters edges up amid weaker overseas shipments in 2019