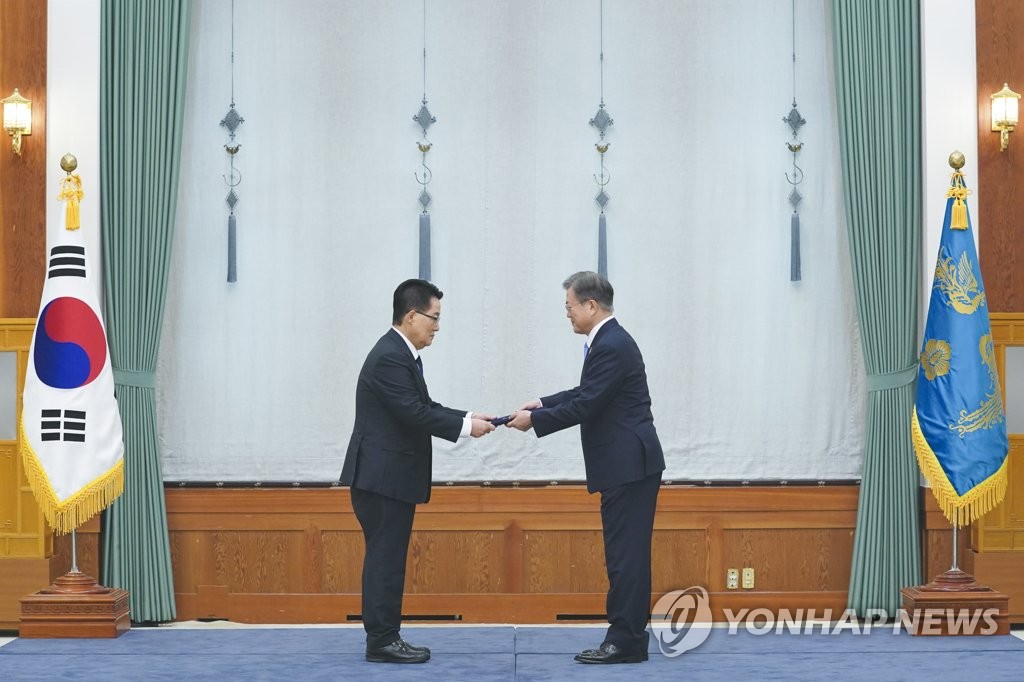 In a message to Park and Lee, the president said they have a duty to move forward the stalemated inter-Korean relations, Cheong Wa Dae spokesman Kang Min-seok said.

Moon also emphasized the importance of teamwork in dealing with North Korea affairs.

Park vowed that the NIS will never intervene in domestic politics under his leadership. The powerful agency had long been accused of being politicized.

The unification minister said he feels a sense of mission for "opening the door of peace before it is closed on the Korean Peninsula."

Talking with the police chief, Moon said the ongoing drive to grant more investigative power to police is aimed fundamentally at better guarding the people against crimes and protecting their lives, safety and human rights toward a "more advanced and democratic system," Kang said. 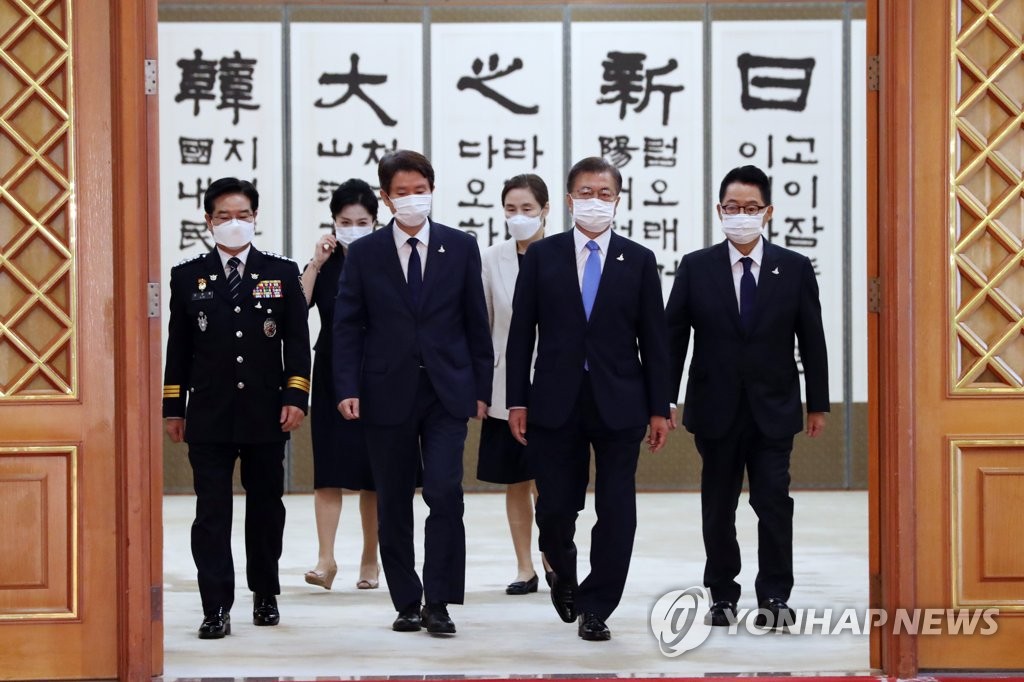