SEOUL, July 29 (Yonhap) -- The action thriller "Deliver Us From Evil," directed by Hong Won-chan, fills its near two-hour running time with stabbings, murders and assassinations carried out by two professional killers.

Starting in Japan and South Korea, the race moves to in Thailand as In-nam tries to rescue a nine-year old girl kidnapped by a local crime syndicate. There, he joins hands with Yoo-yi (Park Jung-min), who helps In-nam search for the kid. 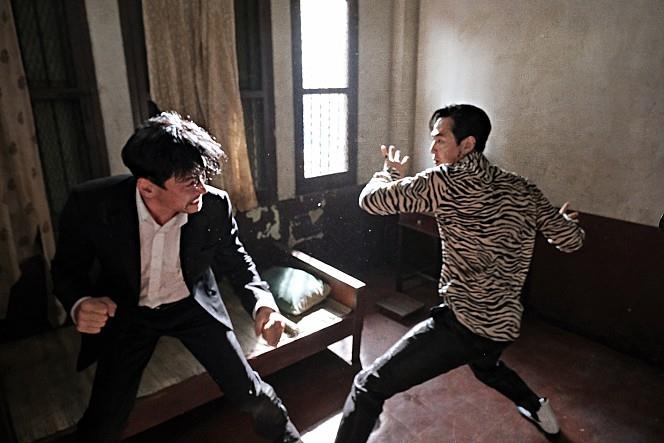 "Evil" is one of the most anticipated summer blockbusters in South Korea, as the film reunites two veteran action specialists and renowned filmmakers, including director Hong, whose first feature "Office" (2015) was invited to the Cannes Film Festival that year, and "Parasite" cinematographer Hong Kyung-pyo.

Hwang and Lee starred in the 2013 hit crime opera "New World," in which Hwang played the kingpin of an organized crime ring, and Lee was a deep-cover cop and his right-hand man.

Seven years later, they changed the mood and characters in "Evil," in which Hwang portrays a taciturn, capable killer who is tired of his job, while Lee plays a character who is merciless and unsympathetic and later doesn't care about why he has to kill In-nam.

The onscreen chemistry of the two stars, who perfectly practiced complicated action arrangements and sequences, amplifies the realism and plausibility of the blood-splattered action and chase scenes.

Director Hong also displayed his specialty of creating suspense and nail-biting thrills in a relatively simple storyline. He seems to know how to make viewers feel cruelty and brutality and snap to attention without large-scale bloodshed, but using just vivid action and stunts. 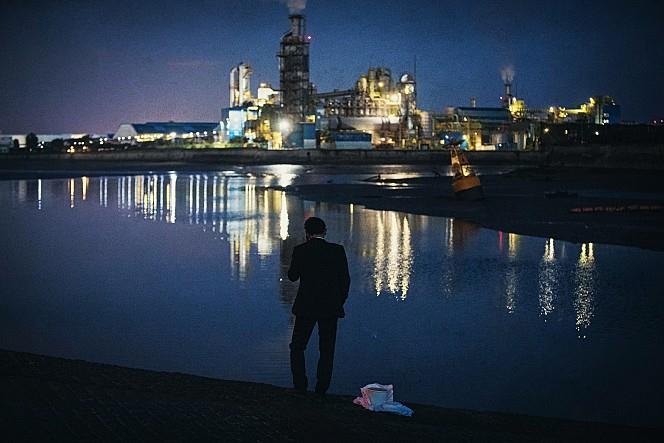 However, the plain fairy tale-like storyline -- a man rescues an imprisoned princess to atone for his past crimes -- weakens the building tension and nerve as the film nears its end.

The plot corresponds to its title, "Deliver Us From Evil," named after a phrase from The Lord's Prayer.

And viewers may get a strong sense of deja vu from its action scenes and dialogue, as they echo famous thrillers like "No Country for Old Men" (2007) and "New World."

Director Hong said he wants to create his own style and sensibility, even in within a formulaic, conventional plot.

"In creating this kind of familiar story, how much I can make differences and variations is the key point," he said in a press conference on Tuesday. "I think the character of Ray is the difference. It will help people think fresh and new when they see my movie."

(Movie Review) 'Deliver Us From Evil' is all about action

(Movie Review) 'Deliver Us From Evil' is all about action