SEOUL/WASHINGTON, July 29 (Yonhap) -- The U.S. military forces forward-deployed to the Indo-Pacific region are "inadequate" in dealing with a rising China as they are heavily concentrated in South Korea and Japan, a U.S. military think tank has said.

The assessment by the Strategic Studies Institute affiliated with the U.S. Army has drawn attention as Washington has been pushing for greater "strategic flexibility" for its forces deployed around the world amid speculation that it could consider pulling some troops out of South Korea.

"Current U.S. posture may be adequate for large-scale conflict with a less capable legacy challenger like North Korea, but it is grossly inadequate for either hypercompetition or armed hostilities with a transforming People's Republic of China," according to the report titled "An Army Transformed: USINDOPACOM hypercompetition and U.S. Army theater design" published on July 17.

The report was requested in 2018 by then-Secretary of the Army Mark Esper, who now leads the U.S. Department of Defense, to analyze expected impacts of potential structural changes in the U.S. Army theater by 2028, the report said. 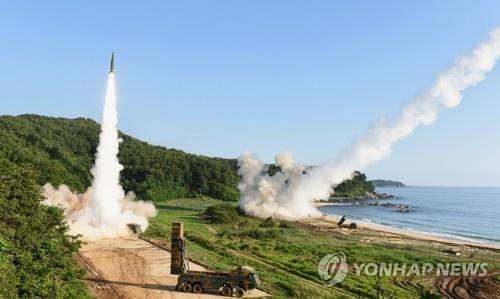 "The tight concentration ... is at once cost-effective and irresponsible strategically," as most of the U.S. troops in the region are well within the range of China's missiles and other attack platforms, the report read.

China pursues regional interests through proactive military transformation and gray-zone campaigning, while the U.S. military presence in the Indo-Pacific region is underweighted in Southeast and South Asia and the Pacific Islands, it noted.

"U.S. failure or defeat is not inevitable under these circumstances, but it is possible," the report pointed out, calling for the military's leadership to present "an urgent change imperative" in the region.

"This trend will continue without decisive U.S. action," according to the publication.

Earlier this month, a media report claimed that the Pentagon has offered the White House options to reduce the 28,500-strong American troops in South Korea.

In response, U.S. Defense Secretary Mark Esper said that he has not issued an order to withdraw forces from the peninsula, but added that he wants to pursue more rotational force deployments into theaters as it give the U.S. greater strategic flexibility in terms of responding to global challenges. 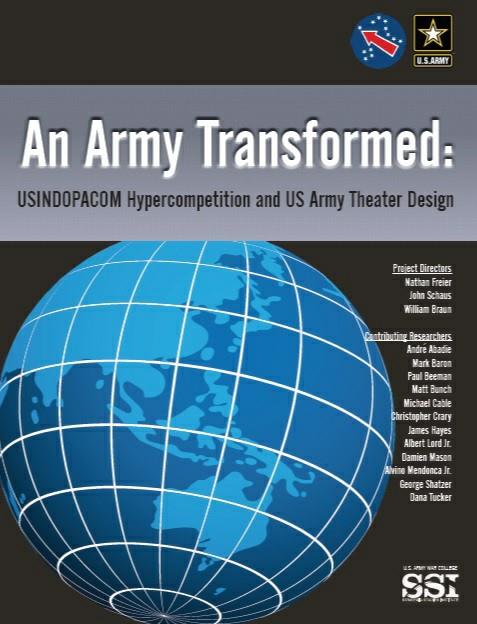