The business sentiment index (BSI) for local manufacturers came to 57 for August, compared with 51 for July, according to the data from the Bank of Korea (BOK).

The index increased by the largest margin since March 2019 when the reading rose by 11 points. The August data also marks the highest since 69 registered for March.

The outlook index improved for the second straight month since it dipped to the lowest point in over 12 years for June amid the new coronavirus outbreak.

The index measures manufacturers' outlook on business conditions in the next month. A reading below 100 means pessimists outnumber optimists. 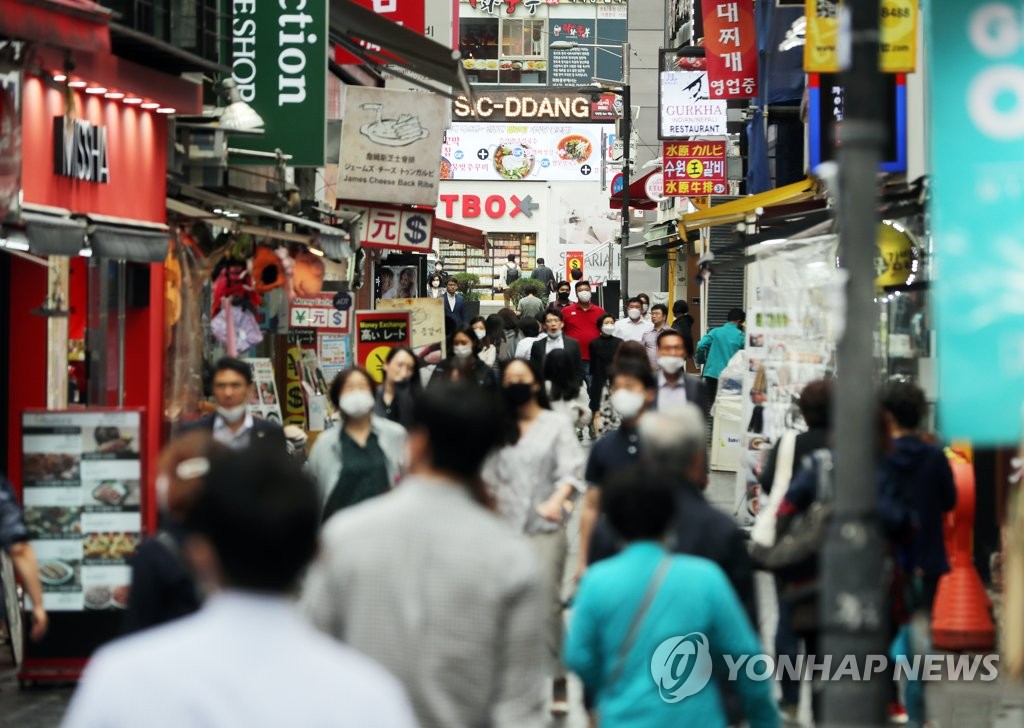 South Korea's economy contracted 3.3 percent in the second quarter from three months earlier, the worst performance in over two decades, as exports tumbled amid the COVID-19 pandemic.

But the government expects a rebound in the third quarter on the back of the country's massive budget spending and an improvement in global production.

To bolster the faltering economy, the BOK slashed its key policy rate in May to a record low of 0.5 percent after delivering an emergency rate cut in March.

The government has also pledged over 270 trillion won (US$226.3 billion) in support for local businesses and households.

The index gauging manufacturers' assessment of current business conditions came in at 57 in July, up from 51 in the previous month and the highest in five months.

For August, the BSI for conglomerates came to 68, up from 59 for this month, with that of smaller companies reaching 47, up from 43 for July.

The business sentiment index among exporters for August reached 68, up from 60 for the current month, with that of domestically focused firms rising by six to 52.

Meanwhile, the BSI of non-manufacturing businesses came to 60 for the next month, up from 59 for this month.

Manufacturers' biz sentiment for Aug. rises by most in 17 months

Manufacturers' biz sentiment for Aug. rises by most in 17 months