(ATTN: UPDATES throughout with new info)

The heaviest rainfall was recorded in the southwestern county of Hwasun, where 225 millimeters of rain poured for 24 hours until 4 p.m. Precipitation for other areas ranged from 80 mm to 190 mm.

In Yeonggwang in the southwest, some roads and homes were inundated, as downpours measuring up to 66.4 mm per hour lashed the county in the morning. 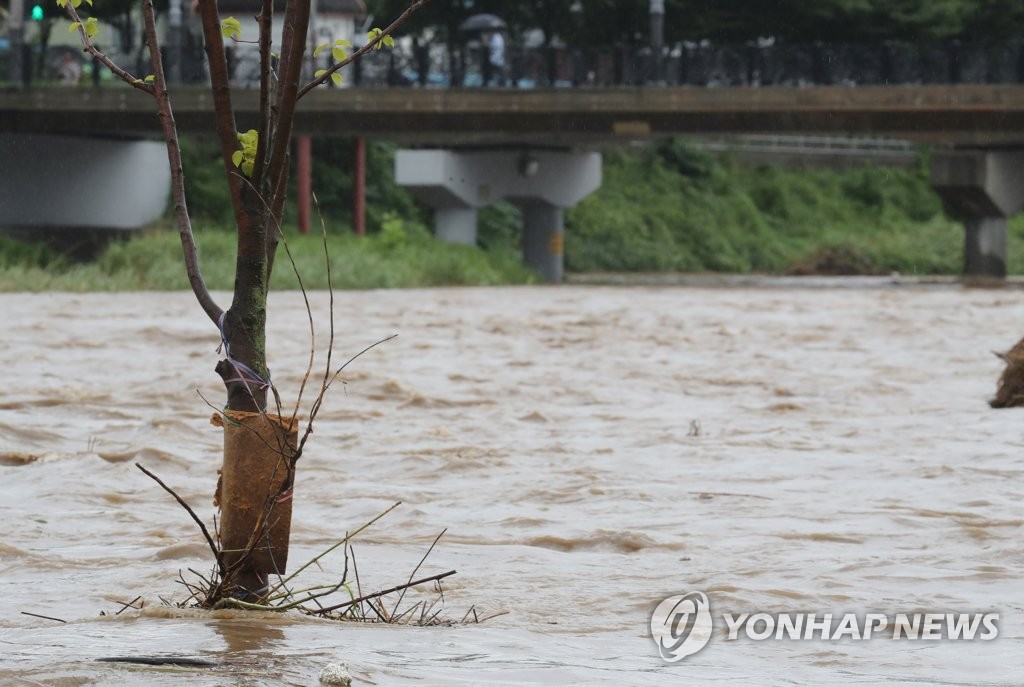 In the southwestern city of Gwangju, a 10-lane road was swamped by water, as the city was hit by up to 136 mm of rain.

Some houses in the central city of Cheongju were flooded by a swollen stream. A man fled his half-submerged car in the nearby city of Jecheon.

More than 460 hectares of farmland were submerged in Yeonggwang and the southwestern counties of Buan and Gochang, both hit by more than 127 mm of rain.

Trees were knocked down in several cities and counties, including the central city of Daejeon, which reported 128 mm of rain.

In Jecheon, agricultural authorities released water from a reservoir after it exceeded 90 percent of capacity.

In North Jeolla Province, a total of 14 trails in Mount Jiri National Park were blocked. In the county of Wanju, soil flowed from hills, forcing the closure of two roads in the morning.

The KMA forecast rain will continue until Thursday, with some areas recording 30-80 mm per hour. 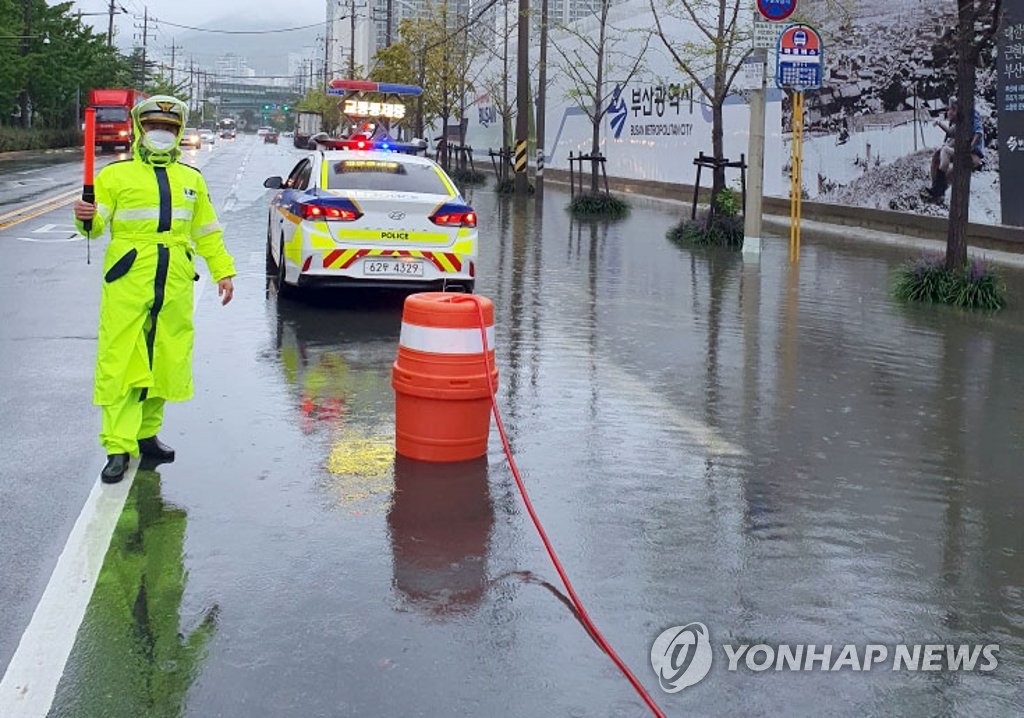