SEOUL, July 29 (Yonhap) -- Japan's failure to recognize its wrongdoings during World War II should fundamentally be addressed and dealt with from the perspective of rectifying a violation of human rights, experts said Wednesday.

"The interpretation issue of forced mobilization and forced labor is not just an issue between the two countries (South Korea and Japan) but a multilateral issue involving Chinese and allied prisoners of war, and it also needs to be stressed as a human rights issue," said Kim Min-chul, a history professor from Seoul's Kyung Hee University.

The comments were made at an international forum in Seoul on the subject of Japan's revisionist rhetoric and policies pertaining to the forced labor that took place at the 23 UNESCO-designated sites of Japan's Meiji Industrial Revolution. 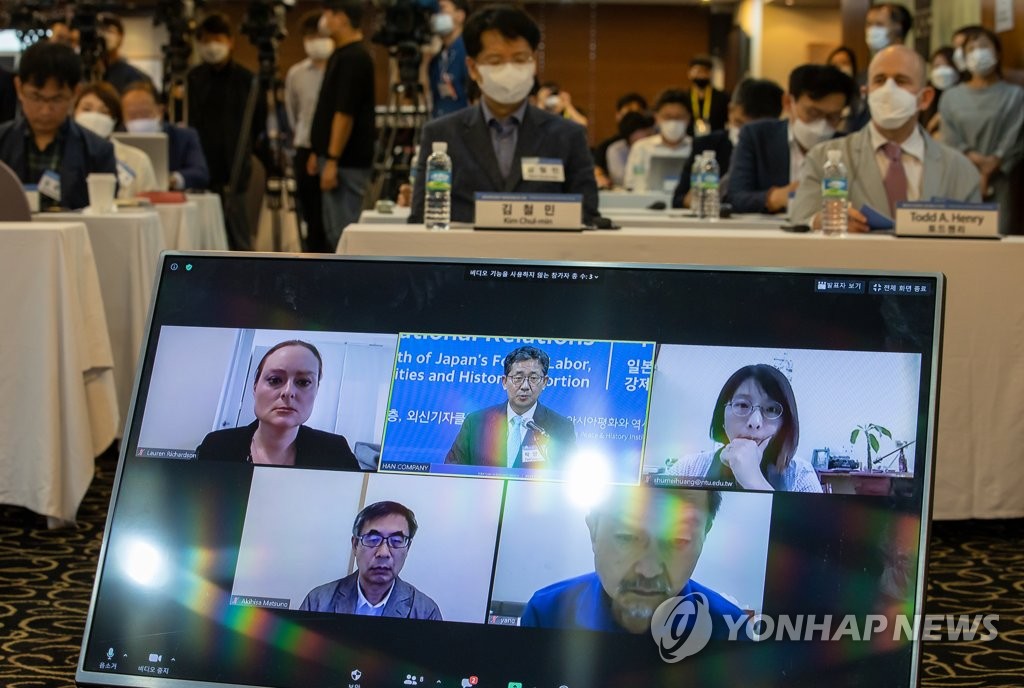 In June, Tokyo opened the promised information center but virtually ignored the UNESCO committee's recommendation, as the facility does not offer any explanations on the forced labor that took place at the sites.

Kim called for Japan to uphold the promise it made to UNESCO to realize the "universal values" pursued by the committee.

"One way would be to turn the information center, which is criticized as a center for distorting history, into a center for shared memories of East Asia, involving stakeholders and related countries," the professor said.

Todd Henry, an associate professor of history at the University of California, San Diego, also argued that "nationalized frameworks" in dealing with the history problem with Japan do not necessarily empower the individual victims.

Henry also stressed the need to approach the issue "in ways that allow us to better capture the insidious forces that are often lost in state-dominated frameworks" in remembering the past and make use of history in the present.

Lauren Richardson, director of studies at the Asia-Pacific College of Diplomacy at the Australian National University, in a presentation highlighted many of the atrocities forced laborers from Korea faced.

"Thousands of Korean laborers died on their work sites from malnutrition, starvation or work place accidents," Richardson said. She also highlighted that many Korean laborers remained stranded in the Russia's far eastern island of Sakhalin even after Korea's liberation from Japan. 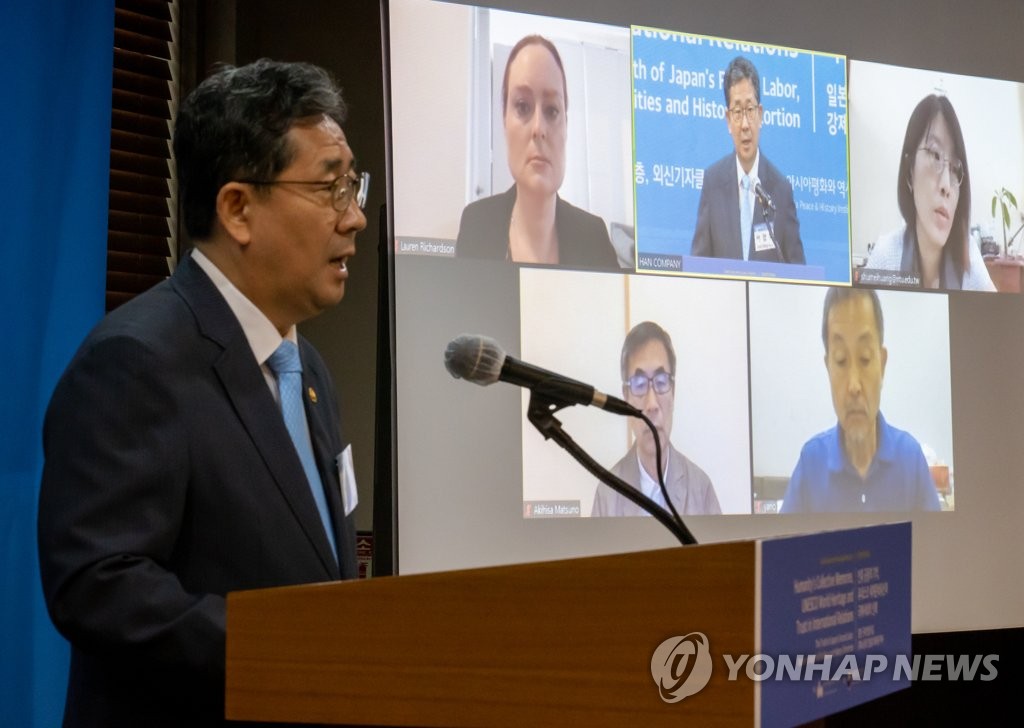 Park Yang-woo, South Korea's culture minister, in an opening speech called on Japan to "earnestly relate to the victims in affected countries" of its past atrocities.

"Japan surely needs to reflect on and apologize for its past wrongdoings in order to gain the trust of the Asian countries victimized and truly cooperate and join together with them," the minister said.

According to a South Korean government report released in 2012, about 500 to 800 Koreans are believed to have been made to work in cramped and stifling spaces at undersea coal mines on the island off the coast of Nagasaki between 1943 to 1945, and 143 of them died there of diseases, malnutrition and accidents. Korea was a colony of Japan from 1910 to 1945.

Japan's forced labor issue should be dealt with from human rights viewpoint: experts

Japan's forced labor issue should be dealt with from human rights viewpoint: experts