SEOUL, July 29 (Yonhap) -- The two best clubs in South Korean football this season both advanced to the semifinals of the largest annual national tournament on Wednesday.

After a scoreless first half, Ulsan midfielder Yoon Bitgaram grabbed a brace, and fellow midfielder Lee Chung-yong added another.

Ulsan continued their impressive 2020 campaign with another convincing victory over Gangwon, whom they had defeated twice by a combined score of 4-0 during the league play. 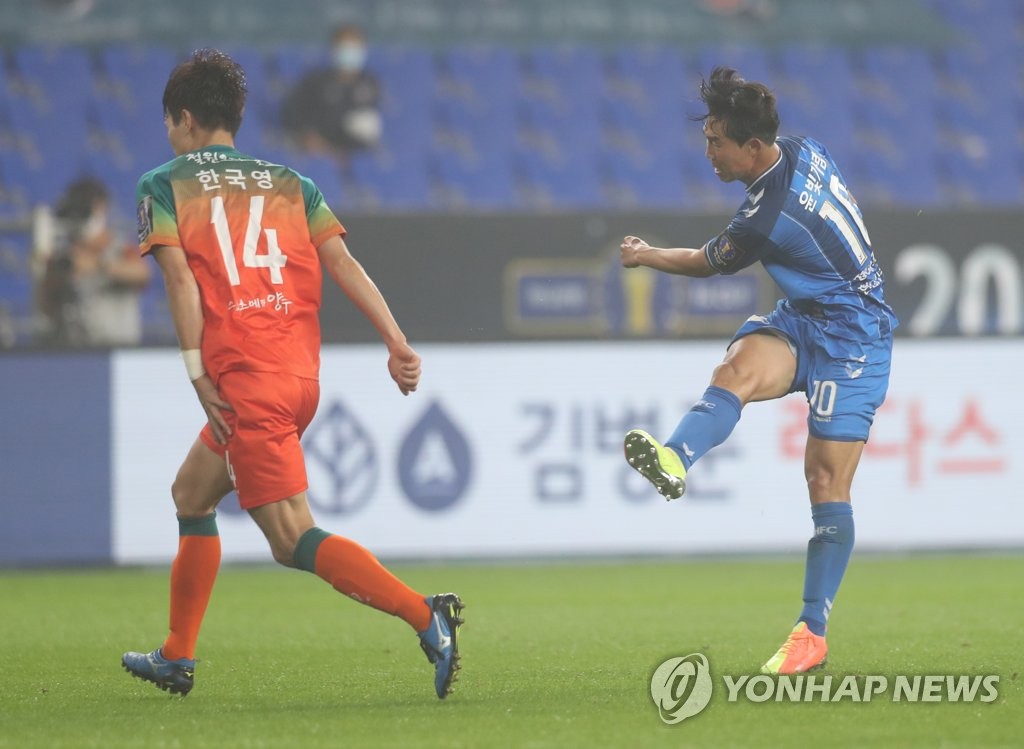 Jeonbuk Hyundai Motors, trailing Ulsan in second place in the K League, routed Busan IPark 5-1 at Busan Gudeok Stadium in Busan, 450 kilometers southeast of the capital. Former Corinthians forward Gustavo, who joined Jeonbuk a week ago, scored a hat trick in a nine-minute span in the second half. He has four goals in two appearances for Jeonbuk.

Busan opened the scoring against Jeonbuk just four minutes into the match, thanks to Gustavo Vintecinco's header. But Jeonbuk then answered with five straight goals. Following goals by Cho Gue-sung and Han Kyo-won, Jeonbuk's Gustavo rounded out the scoring with three goals in the second half. 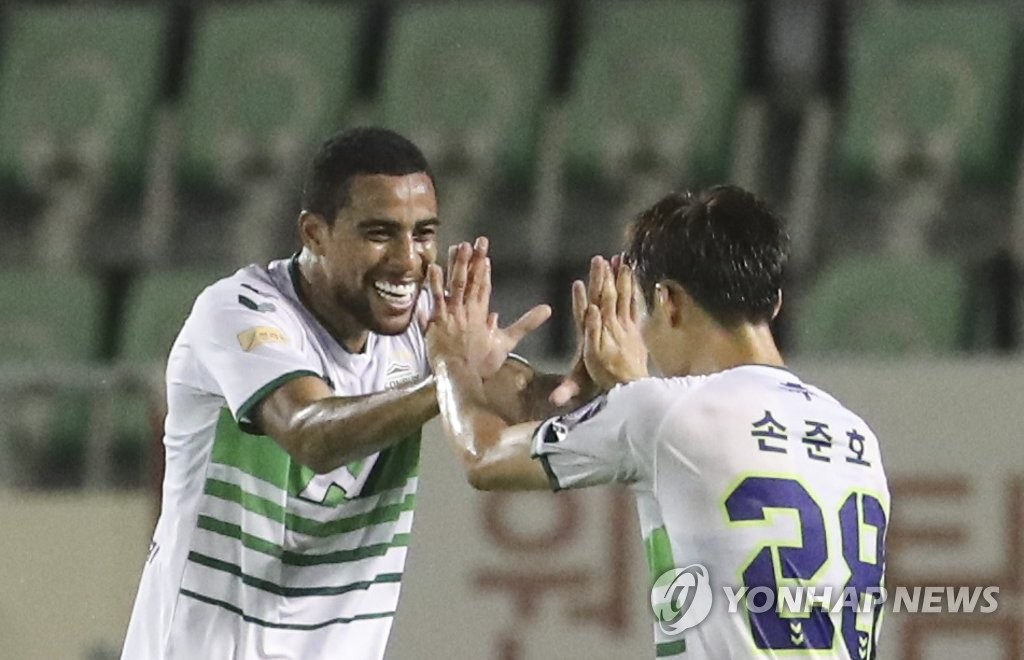 Ulsan and Jeonbuk are on the opposite sides of the bracket and remain on a collision course to meet in the final. 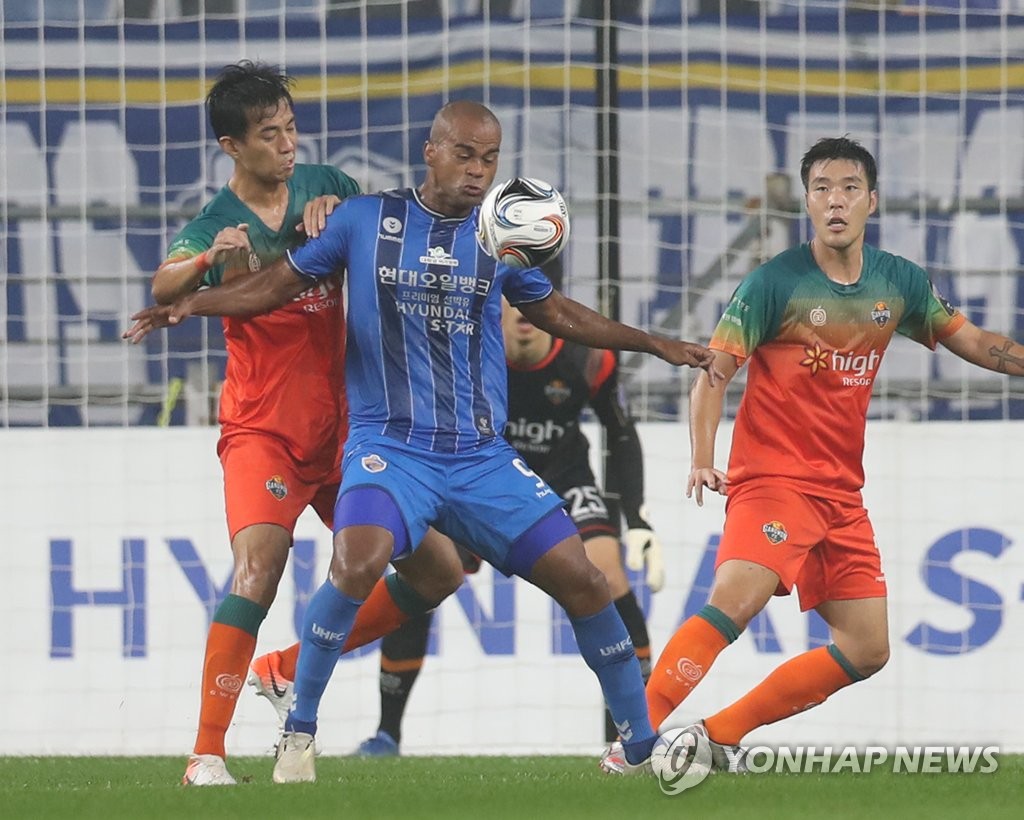 Seongnam FC blanked Suwon Samsung Bluewings 1-0 at home in Seongnam, just south of Seoul, to set up a semifinals meeting with Jeonbuk. Tomislav Kis' goal in the 73rd minute stood as the winner for Seongnam in the tight contest.

The semifinals will be played on Oct. 28. 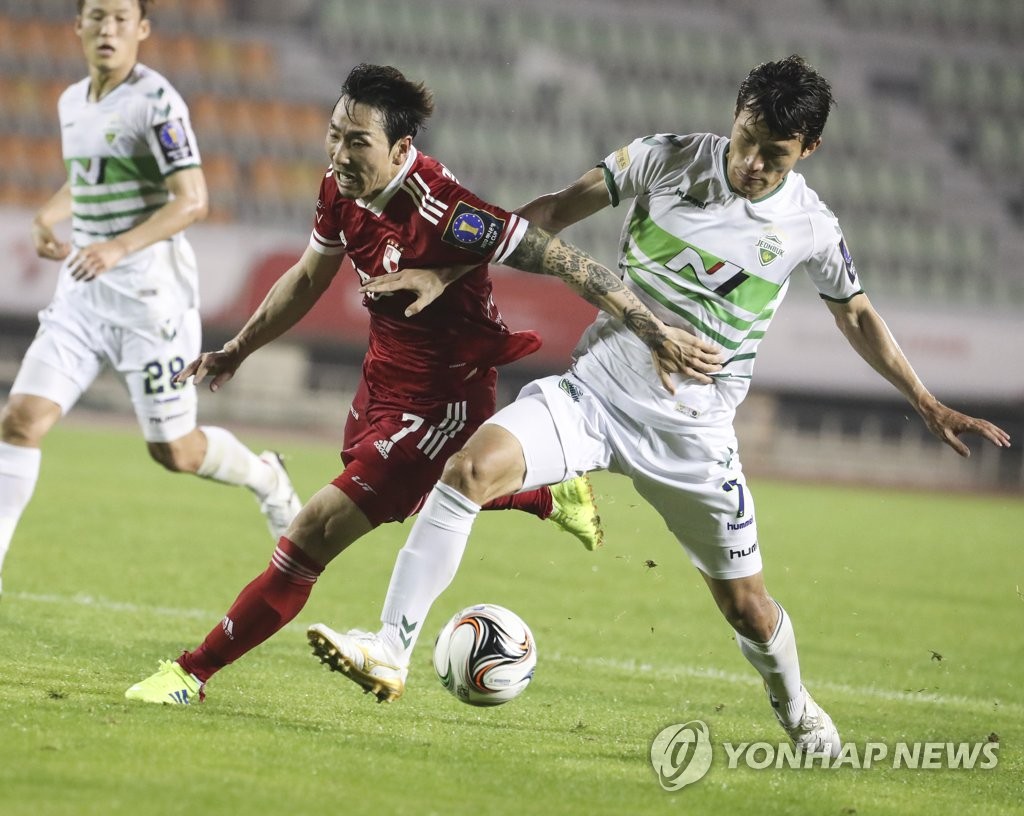