The combined sales of 26 major offline and online retailers reached 11.14 trillion won (US$9.32 billion) last month, up from 10.65 trillion won a year earlier, according to the data compiled by the Ministry of Trade, Industry and Energy.

Online platforms led the growth with their revenue advancing 15.9 percent over the period, the data showed.

Sales of foodstuffs from online shops increased 37.2 percent, with those of furniture also rising 27.4 percent. 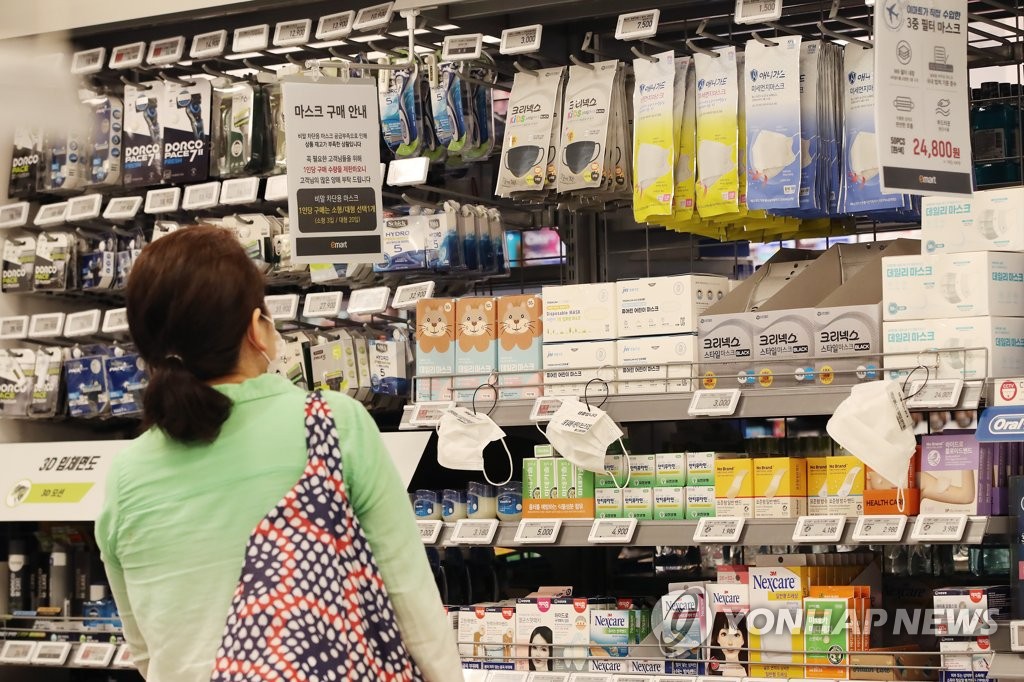 Shipments of electronic goods from online shops advanced 26.7 percent. The demand of air conditioners and dehumidifiers shot up as more people spent time at home amid the country's social-distancing drive.

Sales of tour packages, however, dipped 29.1 percent from online platforms, as global air travels were virtually suspended due to the COVID-19 pandemic.

Offline stores, which have been falling behind online shops even before the virus outbreak, continued to lose ground, with their sales decreasing 3 percent on-year in June.

Convenience stores were the sole winners among offline shops on the rising demand of sanitary items, with their revenue edging up 2.4 percent.

Sales of cigarettes there also advanced 6 percent, as consumers were no longer able to purchase tobacco products from duty-free shops amid the suspended air travels.

In department stores, sales of luxury items shot up 22.1 percent, but the demand of other products, including casual clothes, lost ground as people refrained from going outside.

Over the first half of 2020, the combined retail sales reached 66.79 trillion won, up 3.7 percent from the previous year. Shipments by online stores advanced 17.5 percent, while those of offline stores dipped 6 percent.

Retail sales up 4.6 pct in June on strong online demand

Retail sales up 4.6 pct in June on strong online demand