Net profit reached 90.7 billion won (US$76 million) in the April-June period, compared with a profit of 27.8 billion won a year earlier, the company said in a press release.

Operating income reached 230.6 billion won during the cited period, marking an increase of 79.7 percent from the year before. Sales totaled a quarterly high of 1.9 trillion won, representing a 16.7 percent increase from a year earlier, Naver said. 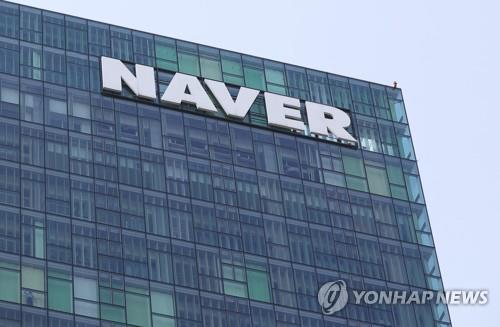 Revenue from its business platform increased 8.8 percent on-year to 772.7 billion won in the second quarter on the back of increased online shopping as more people refrained from going outside amid the COVID-19 pandemic.

"Naver was able to show robust growth on the back of increased demand for online shopping, coupled with our efforts to support online sellers to expand their business through various technology and data," CEO Han Seong-sook said during a conference call.

In March, Naver began to enable all sellers registered on its shopping platform, Smart Store, to use live commerce or TV home mobile shopping.

In June, Naver also launched a paid membership called Naver Plus, where accumulated points can be used when shopping on the company's platform with its mobile payment tool, Naver Pay. The bank account comes with a higher interest rate for purchases.

Naver said revenue from its platform business, including messenger Line, surged 16.7 percent on-year to 690.8 billion won during the same period.

Revenue from its advertisement business was up 4.9 percent on-year to 174.7 billion won in the second quarter.

Content sales advanced 58.9 percent on-year during the cited period to 79.6 billion won due to the increased revenues from its webtoons and an increase in global users, it said.

Shares in Naver closed at 294,000 won, up 0.68 percent from the previous session. The second-quarter report was announced before the local market opened Thursday.