SEOUL, July 30 (Yonhap) -- North Korea's No. 2 leader has visited the border city of Kaesong to inspect antivirus efforts, state media reported Thursday, after leader Kim Jong-un sealed off the town over virus fears following the return of a defector from South Korea.

On Sunday, North Korea said that it has put Kaesong on lockdown, claiming that a "runaway" defector suspected of COVID-19 infection recently came back from the South. Seoul later said a North Korean defector is believed to have swum across the border but doubted he had contracted the virus.

Choe Ryong-hae, president of the Presidium of the Supreme People's Assembly, visited Kaesong and inspected emergency antivirus efforts underway in the town, according to the Korean Central News Agency.

Choe held a meeting with local officials and instructed them to make sure that food and medical supplies are provided to residents in need and that disinfection and other antivirus measures should be strictly carried out as required, KCNA added.

His trip to Kaesong appears aimed at emphasizing the importance of antivirus efforts and urging people to stay vigilant amid growing fears that the coronavirus could break out in the border town and spread to the rest of the country. 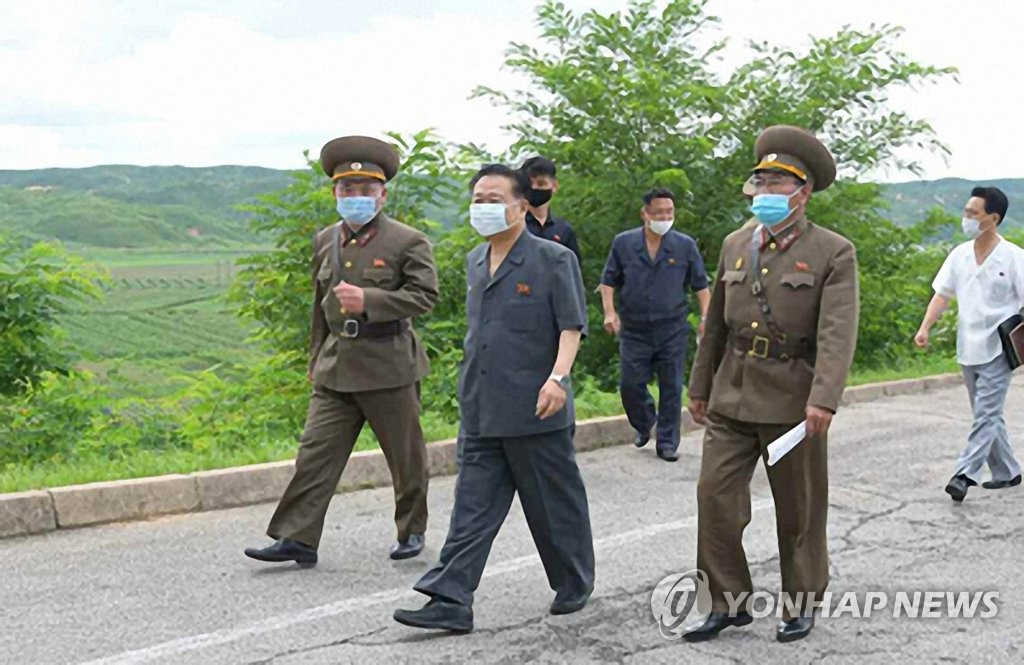