SEOUL, July 30 (Yonhap) -- North Korean propaganda outlets on Thursday scoffed at South Korea's plan to hold a major combined exercise with the United States in a scaled-back manner next month, downplaying their alliance as "nothing more than an illusion."

South Korea and the U.S. are set to stage a major annual exercise in mid-August, in a bid to better prepare for Seoul to take back wartime operational control (OPCON) of its forces from Washington. Authorities said the exercises will held on a smaller scale due to coronavirus concerns.

"It has become clear that regardless of whether it was scaled back or regardless of the scale and type of exercise, the combined exercise will only result in further heightening of military tension on the Korean Peninsula, and it has revealed itself before the world that the South Korea-U.S. alliance is nothing more than an illusion between two countries with different purposes," Uriminzokkiri, one of the North's propaganda websites, said.

The website also claimed that Washington has no intention to transfer OPCON to Seoul, saying the U.S. "agreed to stage the exercise in August this time but it is nothing more than a bait and the U.S will seek something bigger in return."

Another North Korean propaganda outlet, Meari, said the South Korean authorities have "ulterior motives to achieve the transfer of the OPCON before the (president's) term ends."

"As reinforcements were minimized or canceled and they have decided to dispatch only a few American military personnel, which is necessary to verify the full operational capability (FOC) for the transfer of wartime operational control, the U.S. has no risk of exposure to the COVID-19 while still maintaining command over South Korea," it said. 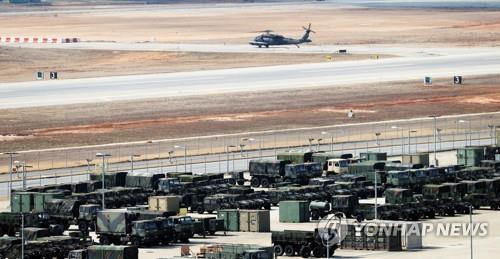 The planned FOC test is meant to verify if Seoul is on course to meet the conditions for the envisioned OPCON transition. The Seoul government seeks to retake OPCON under the current Moon Jae-in administration, whose term will end in May 2022.