However, the government will impose some restrictions on such firms in a precautionary measure to prevent big companies from using such financial units as private coffers, Hong said.

A big company's venture capital unit will be barred from borrowing more than 200 percent of its paid-in capital, according to the finance ministry.

Founding family members of a conglomerate and its financial affiliates will be barred from investing their money into such an entity, the ministry said.

The government will revise related laws by the end of this year to allow big companies to have venture capital units. 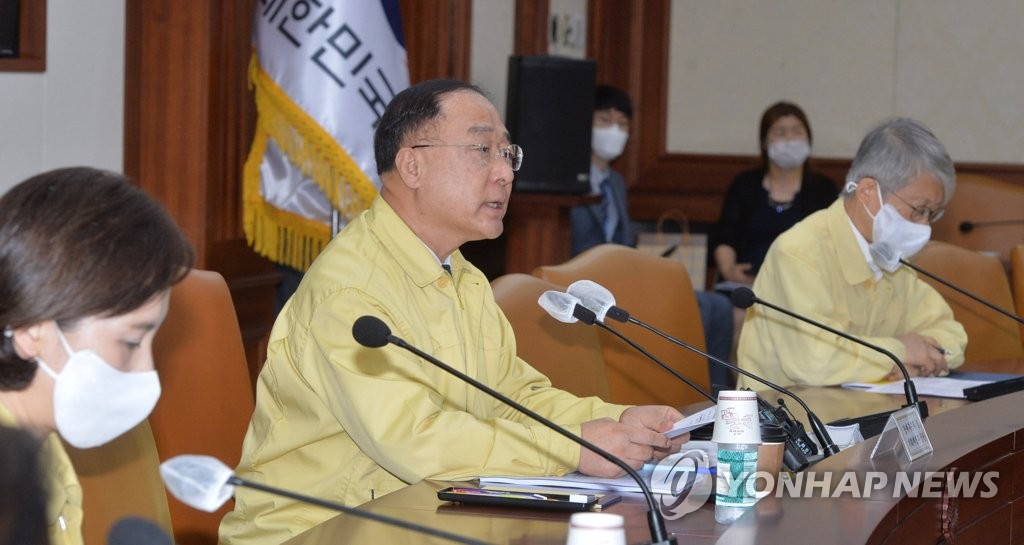 Hong said the government will provide 40 trillion won (US$33.6 billion) in financial supports to 1,000 innovative firms over the next three years.

Hong said the extension of the currency swap deal with the United States is expected to help stabilize financial markets.

The extension is "meaningful because it resolved uncertainty at the time of expiration," Hong said.

Earlier in the day, the two countries agreed to extend a $60 billion bilateral currency swap agreement by six months in an effort to help ease lingering market uncertainties amid the new coronavirus outbreak.

In late March, the BOK and the U.S. Federal Reserve signed the bilateral currency swap deal to help ease financial market jitters caused by the COVID-19 pandemic. The swap agreement, initially set to end on Sept. 30, will be extended until March 31, 2021.