The National Human Rights Commission of Korea said it decided in a closed-door meeting to accept a request from civic groups and a lawyer representing the victim to launch an ex-officio investigation into the case.

Calling the case a typical one of power-based sexual abuse Tuesday, the civic groups rejected a proposal by the city government to launch an independent investigative committee to handle the case, saying government should also be probed instead of organizing it.

Kim Jae-ryun, a lawyer defending the victim, then said the probe, if launched, should encompass not only the single case but the city government's overall work culture as well.

The victim filed a complaint with the police earlier this month, claiming that Park sexually harassed her over four years and that her repeated calls for help went unanswered. The police launched a probe into the case, but Park was found dead at a Seoul mountain two days later in an apparent suicide. 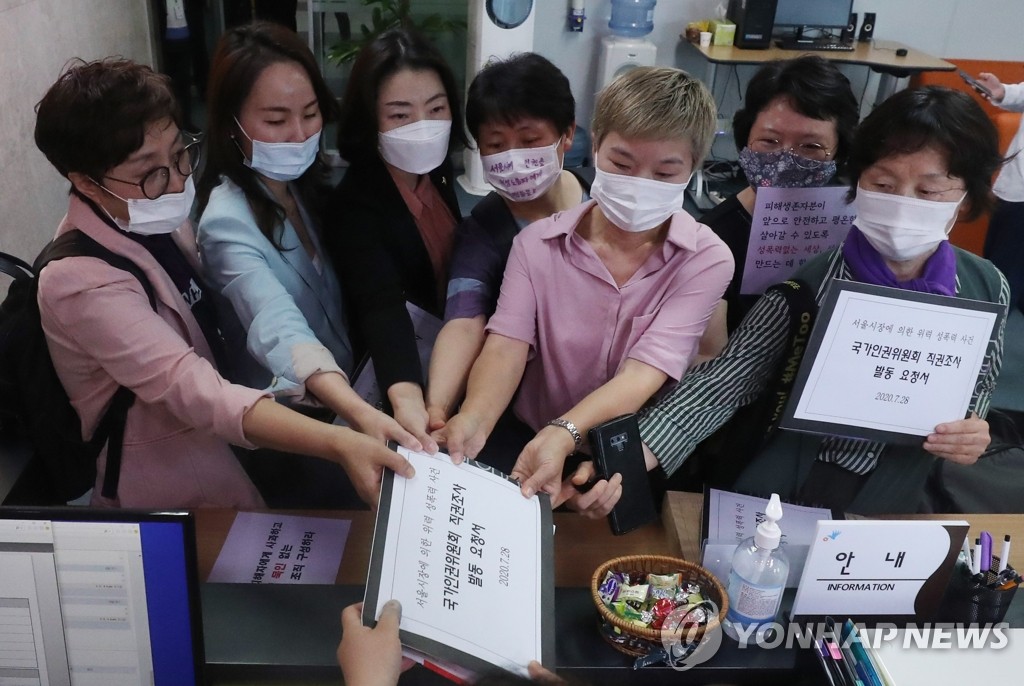