The KMA lifted a heavy rain warning for Daejeon and all neighboring areas, except Geumsan, as of 11:20 a.m. but asked regional residents to brace for up to 200 mm of additional rain until early Friday morning.

Notably, Daejeon was pummeled by extraordinarily heavy downpours early Thursday morning, as 102.5 mm of rain fell in just one hour from 4:18 a.m., it noted. 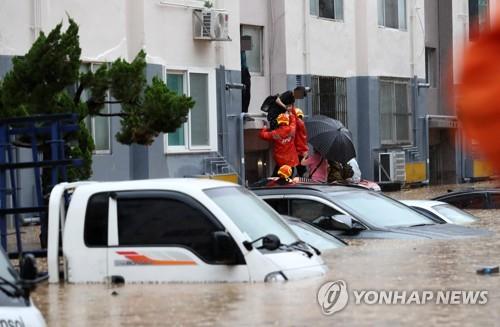 A Daejeon citizen living in an apartment complex in Seo Ward died of a heart attack after parts of the complex were inundated, they said, adding that firefighters rescued about 80 residents from the apartment complex by boat.

Another resident of Daejeon's Seo Ward was electrocuted while pumping water out of a flooded indoor golf facility.

The municipality of Daejeon said 28 apartments, 85 detached houses and 55 cars have so far been reported flooded by the downpours. The operation of the Daejeon Vehicle Registration Office in the city's Jung Ward was also suspended by flooding. 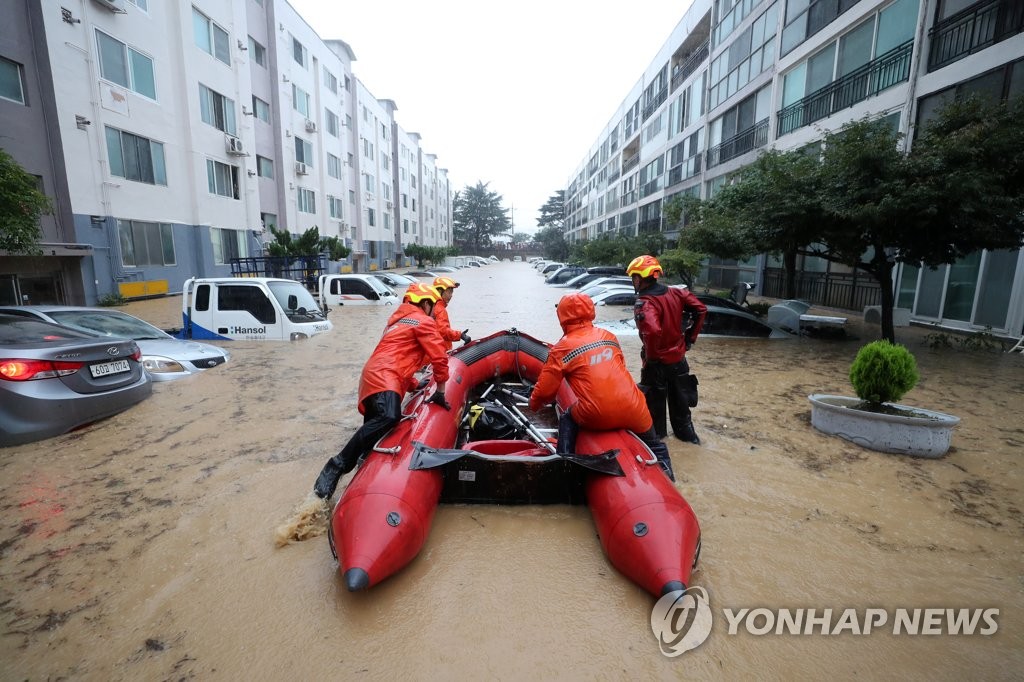 Trains passing the Daejeon area were also being delayed for up to an hour as the tracks were flooded or covered with sandy soil.

The government of South Chungcheong Province, which surrounds Daejeon, said it has received 118 reports of flood damage, including fallen street trees and inundation of greenhouses.

In Cheonan, 90 km south of Seoul, nine residential and commercial buildings were flooded and three motorists were rescued from their submerged vehicles.

Flooding in Daejeon kills one, damages hundreds of homes and cars

Flooding in Daejeon kills one, damages hundreds of homes and cars