"We must lead the post-pandemic era," Lee said. "We have no time to hesitate."

This is the second time since August last year that Lee has visited the facility that specializes in semiconductor packaging.

Samsung said the packaging is becoming a core technology in its semiconductor business as demand for high capacity, low power consumption chips is increasing with the rise of artificial intelligence, 5G mobile communications and internet of Things. 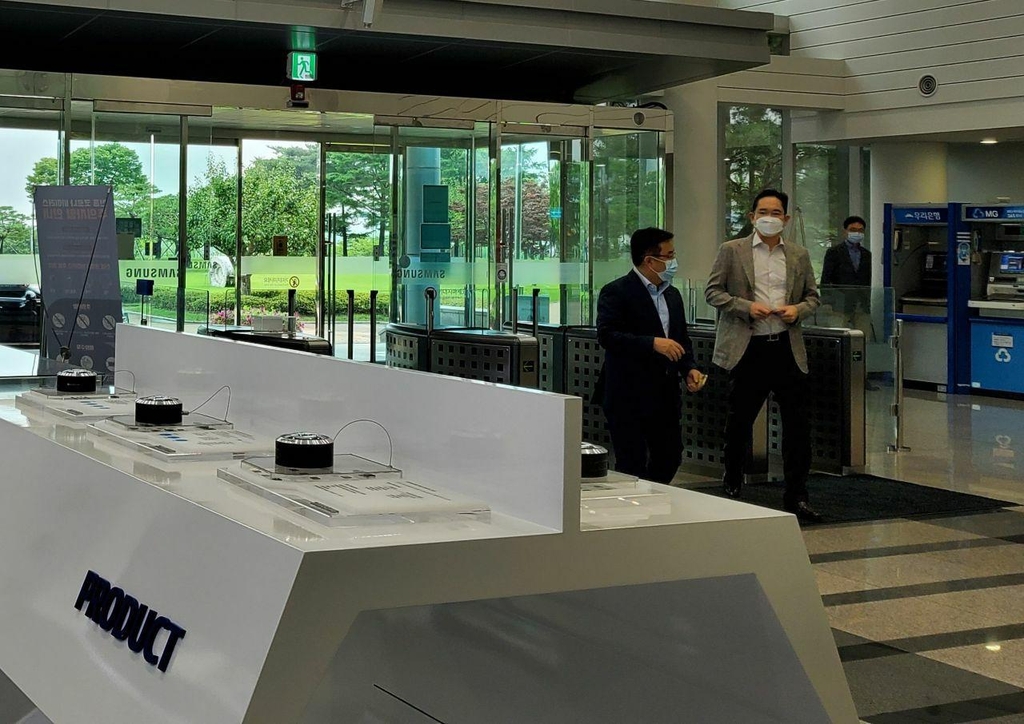 The world's largest memory chip producer has been trying to boost its packaging capability. In 2018, it established a test and system package (TSP) division dedicated to chip packaging.

Lee's visit came as Samsung reported strong second-quarter earnings on the back of its chip business.

In the April-June period, revenue from Samsung's semiconductor unit stood at 18.23 trillion won (US$15.2 billion), up 13.3 percent from a year earlier. Its operating profit from the chip business nearly doubled to 5.43 trillion won from 3.4 trillion won a year ago.