SEOUL, July 30 (Yonhap) -- A labor union representing gig workers of food delivery apps submitted an application to the government Thursday to be officially recognized as a labor union.

Members of Rider Union held a press conference in front of the labor ministry's Seoul district office in central Seoul, asking the government to issue a document that recognizes the group as a labor union.

If the labor ministry approves the group's registration, it would be recognized as a labor union on a national basis. 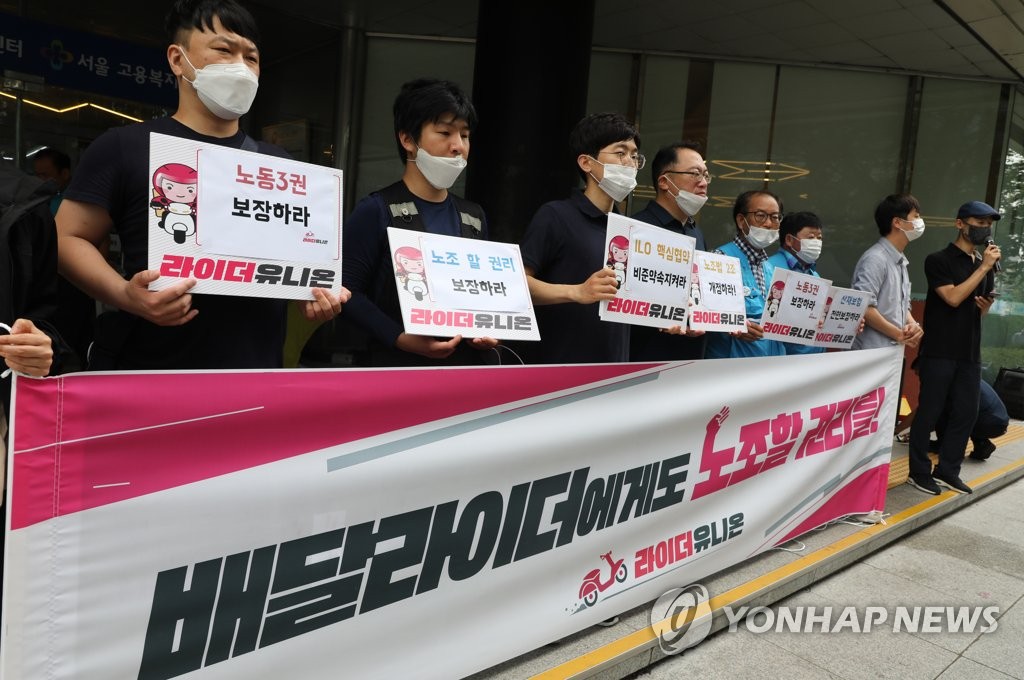 South Korea's gig economy has grown explosively over the past few years on the success of food delivery apps such as Baemin and Yogiyo, which formed a 10 trillion-won (US$8 billion) market in 2018.

There were roughly 500,000 gig economy workers in Asia's fourth-largest economy in 2019, or around 2 percent of all employed workers, according to the Korea Employment Information Service.