The TV show is directed by An Gil-ho, who has a solid track record with "Stranger," "Memories of Alhambra" and "Watcher," and was written by Ha Myeong-hee of "Doctors" and "Temperature of Love."

"Record of Youth" revolves around a group of young professionals in the world of modeling who work to achieve their dreams and love without losing hope.

Park So-dam plays the role of an aspiring makeup artist, and Park Bo-gum, in his final project before starting his mandatory military duty in the Navy in late August, transforms into an aspiring model-actor character. 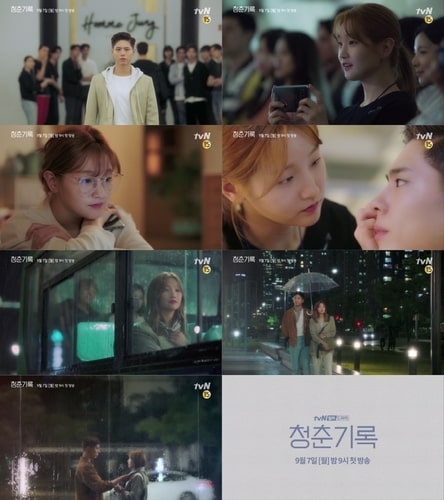