SEOUL, July 31 (Yonhap) -- After months of waiting, South Korean football clubs will finally be playing in front of their supporters this weekend.

Three matches on Saturday and three more matches on Sunday in the K League 1 will be open to fans. The K League received the green light from the government a week ago to go ahead and start admitting supporters into stadiums during the coronavirus pandemic. After putting some finishing touches on their preparations, the six home clubs for this weekend put tickets on sale. 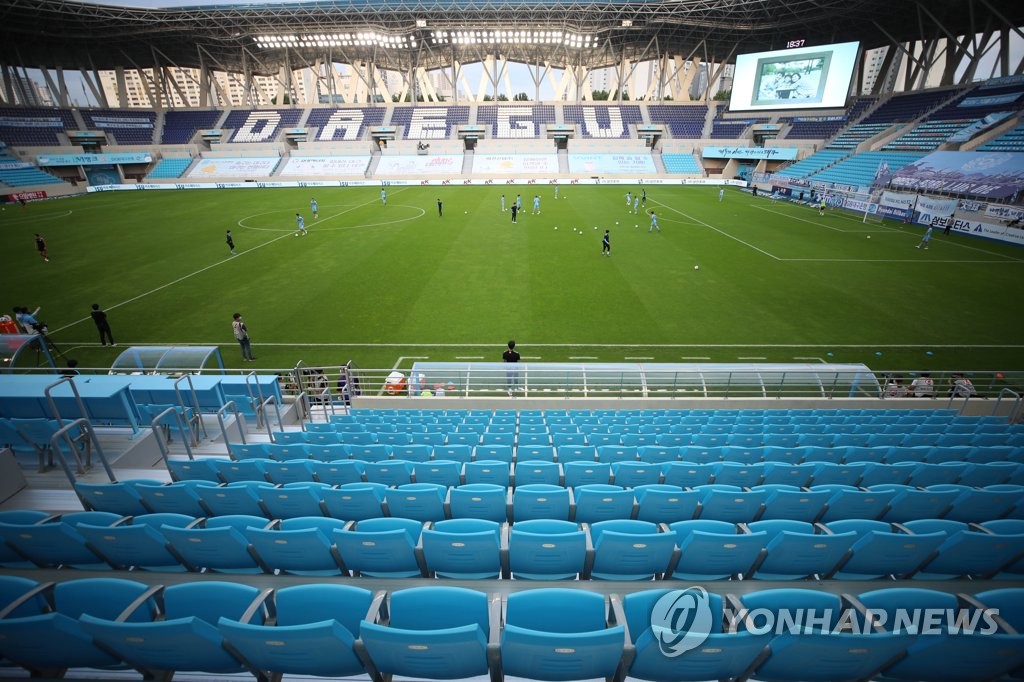 To mitigate COVID-19 infection concerns, teams will only be allow to have a crowd of 10 percent of their stadium capacity for the time being. It's not clear exactly when that cap will increase.

The 2020 K League 1 season kicked off on May 8, instead of Feb. 29 as originally scheduled, because of the coronavirus outbreak. And its 12 clubs have been playing in empty stadiums, as it was considered too dangerous for people to gather at football arenas during the pandemic.

Clubs have been dealing with serious financial problems, and mounting losses have prompted them to seek talks with players about cutting their salaries.

At this juncture, a crowd of any size is a welcome relief for K League clubs.

On Saturday, the three-time defending champions Jeonbuk Hyundai Motors will host Pohang Steelers at 7 p.m. at Jeonju World Cup Stadium in Jeonju, 240 kilometers south of Seoul. Jeonbuk said 4,205 tickets will be available for the match.

Seongnam FC put 1,650 tickets on sale for Saturday's match against FC Seoul at Tancheon Sports Complex in Seongnam, just south of the capital city. It's also a 7 p.m. kickoff.

Then at 8 p.m. Saturday, Incheon United will host Gwangju FC at Incheon Football Stadium in Incheon, 40 kilometers west of Seoul, with about 2,000 tickets available.

Jeonbuk-Pohang should be a dandy. Jeonbuk just won their first match of July last weekend and remain in second place with 29 points, three back of the league-leading Ulsan Hyundai FC. Pohang moved up to third place with 24 points, and they haven't lost in their last five contests. 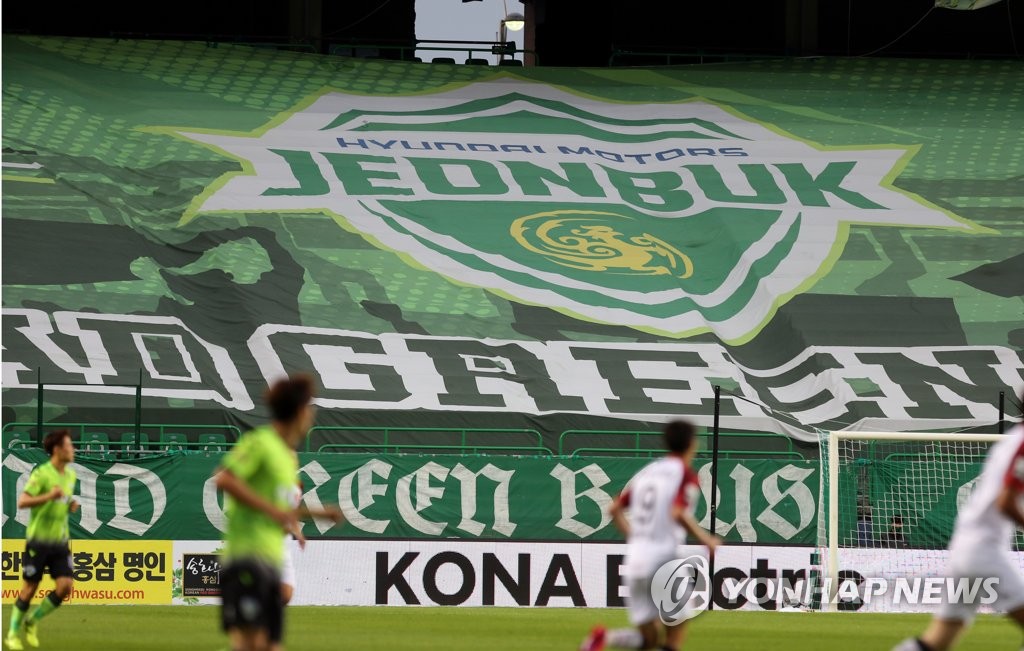 Seongnam are unbeaten in their last three, while FC Seoul went winless in July. Stuck in 11th place among 12 clubs, FC Seoul are now in "trying to avoid relegation" mode.

At least FC Seoul have three victories this year. Incheon United remain the only K League 1 club without a win this year, with five draws and eight losses. Gwangju FC, who didn't win any of their four July matches, may be as beatable as they come for Incheon.

On Sunday, first-place Ulsan will visit Busan IPark in hopes of extending their winning streak to five. Sangju Sangmu, who got pummeled by Ulsan 5-1 a week ago, will try to pick up the pieces against Gangwon FC.

The other Sunday match pits Suwon Samsung Bluewings against Daegu FC. All three Sunday matches will kick off at 7 p.m.

Tickets can only be purchased online with credit cards, and all box offices at stadiums will be closed. It's designed to eliminate person-to-person contact at box offices and to expedite contact tracing in case of positive COVID-19 tests.

Fans must go through temperature checks and leave their personal information, either by filling out visitor logs or scanning quick response (QR) codes. Once inside, they must be at least two seats apart from one another, even if they're traveling in a group. They'll be banned from eating and drinking alcohol at their seats.

Chanting, singing and other cheering activities that present risks of COVID-19 infections through droplets will be prohibited. 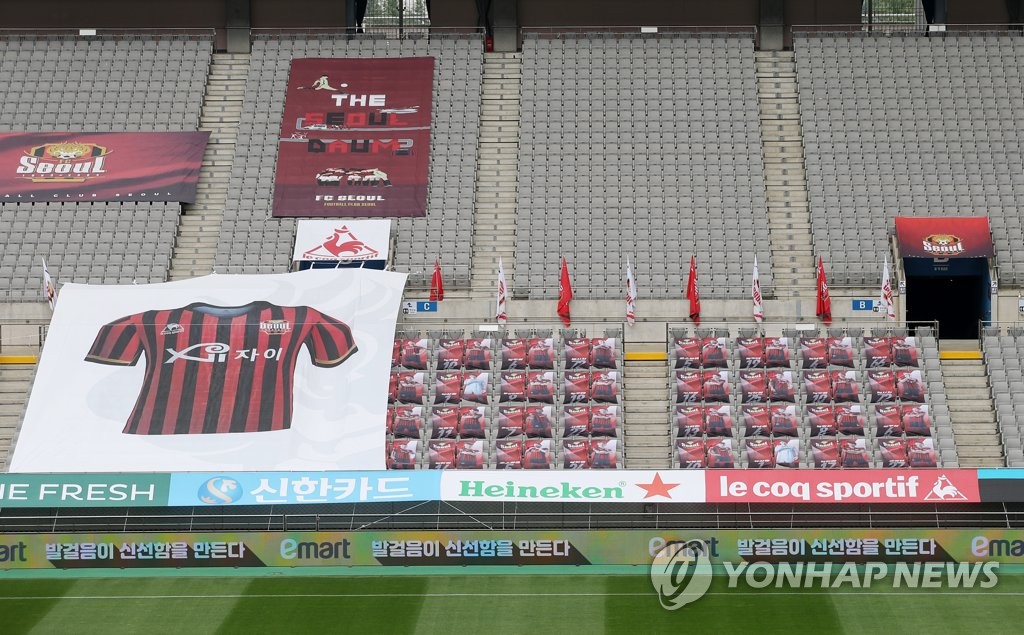