SEOUL, July 30 (Yonhap) -- The government chided a professional baseball club on Thursday for not adhering to social distancing guidelines at its home stadium earlier in the week.

The Lotte Giants of the Korea Baseball Organization (KBO) played in front of fans at Sajik Stadium in Busan, 450 kilometers southeast of Seoul, for the first time this season on Tuesday. KBO clubs first opened their stadium gates to fans on Saturday, following the government's long-awaited green light, and the Giants' first home game after that decision came Tuesday. 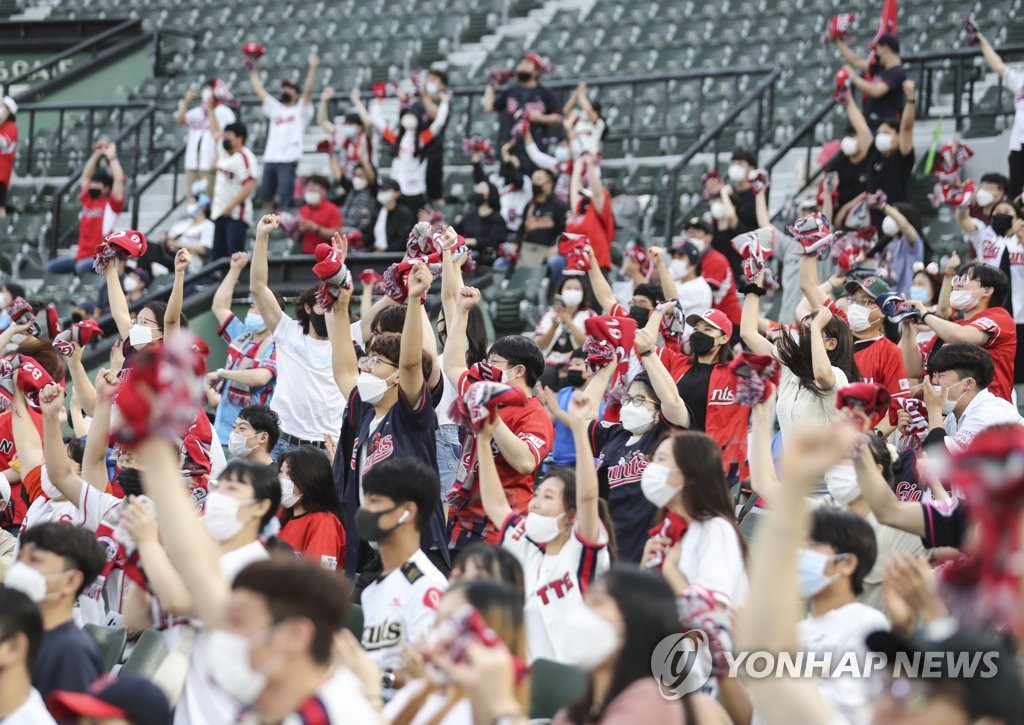 Only a crowd of 10 percent of the stadium capacity will be permitted across the league for the time being, a cap designed to mitigate coronavirus infection concerns and to ensure fans will practice proper social distancing.

Whereas fans at other stadiums were spread out, the Giants closed their outfield seats for Tuesday's game and only made the lower-level seats available on the third base side. Most of the fans ended up in the seats along the first base line and were bunched together in the stands.

Under the KBO's health and safety protocols, fans must be at least one seat apart from one another and must keep their masks on at all times. To prevent infections via droplets, chanting and singing are banned, while eating and drinking alcoholic beverages from the seats are also prohibited.

National health authorities warned that should a similar incident occur, they may have to reconsider allowing fans into KBO games at all.

They added that they plan to gradually raise the cap on the size of the crowd. 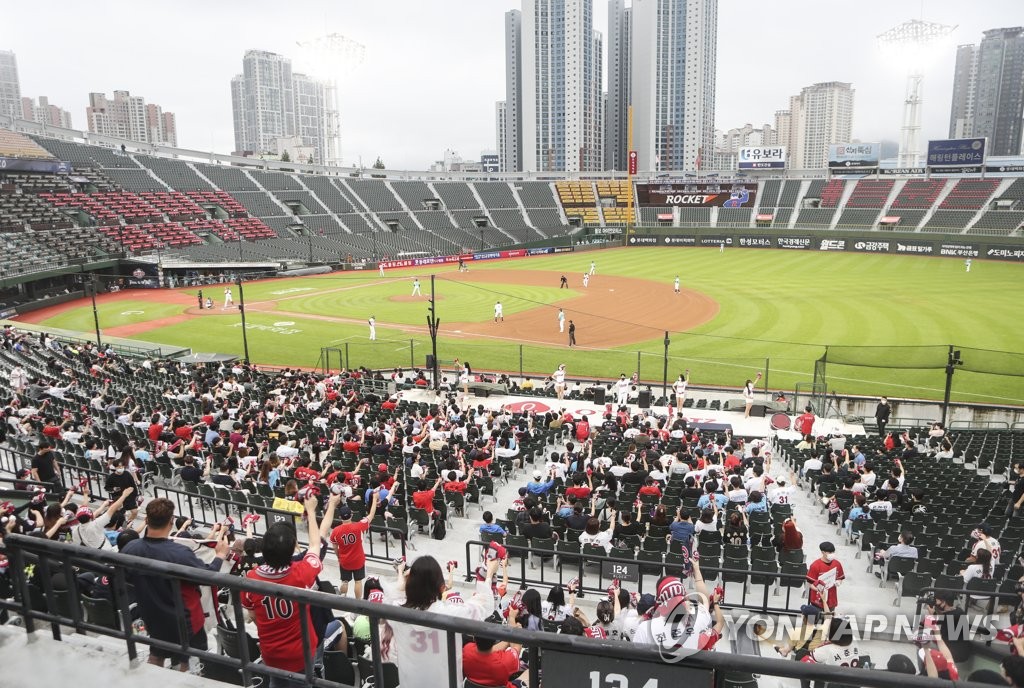